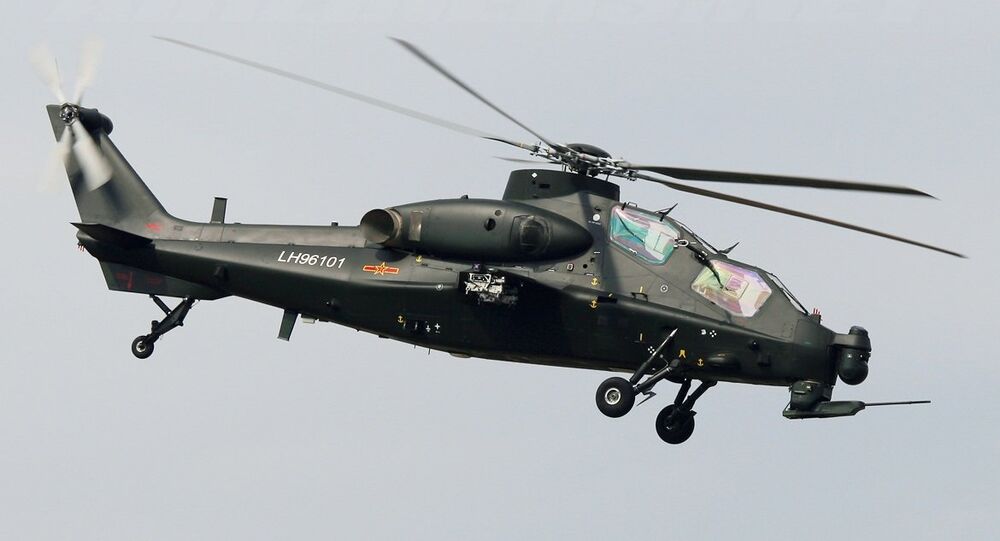 Aviation Industry Corp of China (AVIC) has confirmed it has started the development of a fourth-generation attack helicopter with “stealth capability”; it will “feature supreme maneuverability in complicated environments, outstanding survivability and joint operational ability” and is set to enter the service by 2020.

The state-owned defense contractor has disclosed the information in a media brochure distributed to domestic journalists taking part in the Third China Helicopter Expo, which opened on Wednesday in Tianjin, according to the country’s China Daily newspaper.

The company has not revealed any further details. However, the aircraft is supposed to have “stealth capability and will reshape the combat patterns of the PLA (People’s Liberation Army) ground force, the newspaper quotes Lin Zuoming, AVIC's chairman, on the sidelines of the expo.

"It is a trend that the ground force will become increasingly dependent on helicopters because they have better strike capability and mobility than armored vehicles, and can transport supplies to frontier troops in a timely manner," he reportedly said.

AVIC is also currently working on a medium-lift utility helicopter, which made its debut flight in December 2013.

Called by aviation observers the Z-20, the utility helicopter is supposed to ease a longtime shortage of such aircraft in the Chinese ground force and Navy.

Chinese designers are also developing ultrafast helicopters that can achieve a speed of 700 km/h, according to AVIC.

China now has the second-generation WZ-9, and third-generation WZ-10 and WZ-19, in its combat helicopter fleet. Their major tasks are anti-tank warfare and air support missions for infantry troops, as well as air-to-air combat.

No Concerns in Russia Over China's Military Industrial Complex