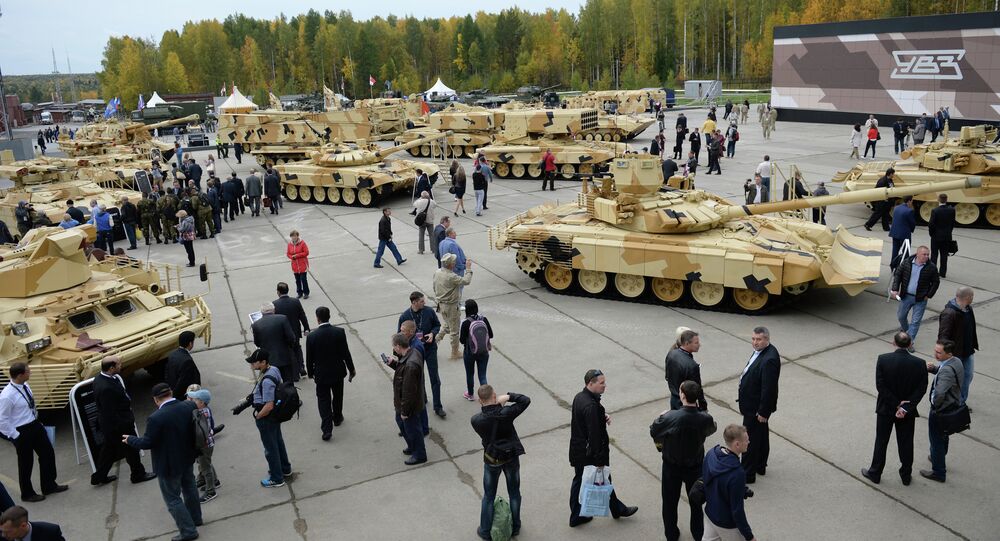 In Russia, in the last three years the share of high-tech products in the defense industry has grown by 10 percent, Russia’s Deputy Prime Minister Dmitry Rogozin said during the Russia Arms EXPO-2015 international exhibition in Nizhny Tagil.

“The share of high-tech products in the defense industry has risen from 53 to 63 percent this year,” RIA Novosti reported the Russian deputy prime minister as saying.

During the expo there were many specimens of high-tech products. For example, a group from the Kurgan region presented the BMP-3 with the ‘Vityaz.’ These combat vehicles can conduct network-centric warfare and can be controlled remotely also.

The developers said that the idea is that the unit commander can direct the actions of BMP remotely – control the machine and make it carry out its purpose fully without a crew.

DARPA
Expansion of Drone Warfare and Killer Robots Could Lead to 'New Arms Race'
The real breakthrough in the Russian defense industry in the area of high-tech this year was the T-14 and other armored vehicles built on the Armata platform. This machine is already considered the best in the world and has no analogue in any other country.

Today the Armata platform is ready to turn fully robotic. The development of robotics is also being carried out in shipbuilding for the Navy of the Russian Federation.

According to Navy Commander Admiral Viktor Chirkov, by 2020 Russian fifth-generation submarines will be armed with robots.

The commander said that “Russian submarines of the fifth generation will be different from today's submarines as they will have standardized modular platforms with the integration of weapons and robotic systems.”

In addition, within two years, Russian inventors plan to create robotic submarine systems capable of destroying enemy aircraft carriers. According to the chief of the Navy’s Coastal Guard Forces Alexander Kolpachenko, in the foreseeable future a fleet of robotic missile systems will enter service.