US Attack Planes to Perform Multiple Contour Flying Over Estonia

Eight US ground-attack A-10 “Thunderbolt” aircraft will perform flights along with Estonian air forces as a part of joint military drills over the next week. Additionally, some of the exercises will be carried out together with Estonian military, high-performance jet trainer aircraft L-39, according to various media reports. 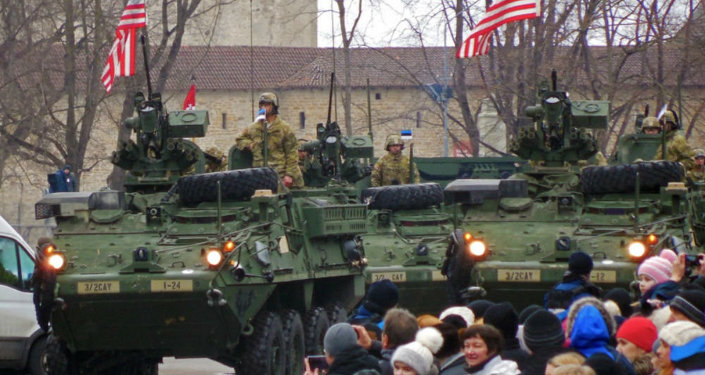 PAUL NADOLSKI/US ARMY
NATO Unable to Defend Baltics Due to Mooses, Vast Swamplands
American A-10 aircraft, participating in joint military exercises with Estonia’s Air force, will be performing low-altitude flights every day for five-week days over the territory of the Baltic Republic, National Defense Staff of Estonia reported on Monday.

The total length of the exercise flights will close to 25 hours, according to media reports.

“The flights will be conducted at a height of 152 meters (500 feet), preferably far from any settlements. Airspace of Central and Eastern Estonia is reserved for holding those exercises. The flights of battle airplanes over the country don’t contradict with the laws of the Republic and arranged with the Department of Flights,” the statement of National Defense Staff of Estonia reads.

© AP Photo / Shakh Aivazov
Georgia, US Plan to Hold Joint Military Drills in Early 2016
Eight A-10 airplanes arrived to Amari Air Base, which is situated not far from the Capital City of Tallinn, at the end of August.

According to the Estonian military, this exercise is a good opportunity to examine the capabiliy of Estonian air forces in collaboration with American specialists.

During the joint trainings, which are to be held over a period of three weeks on the Central Firing Ground of the Estonia’s Defense Forces, training ammunition for airborne guns and 25-pound training bombs will be used. Military experts note that these training shells don’t produce much noise.

American ground attack aircraft will be used in the exercises along with fighter jets L-39 of Estonia’s air forces.