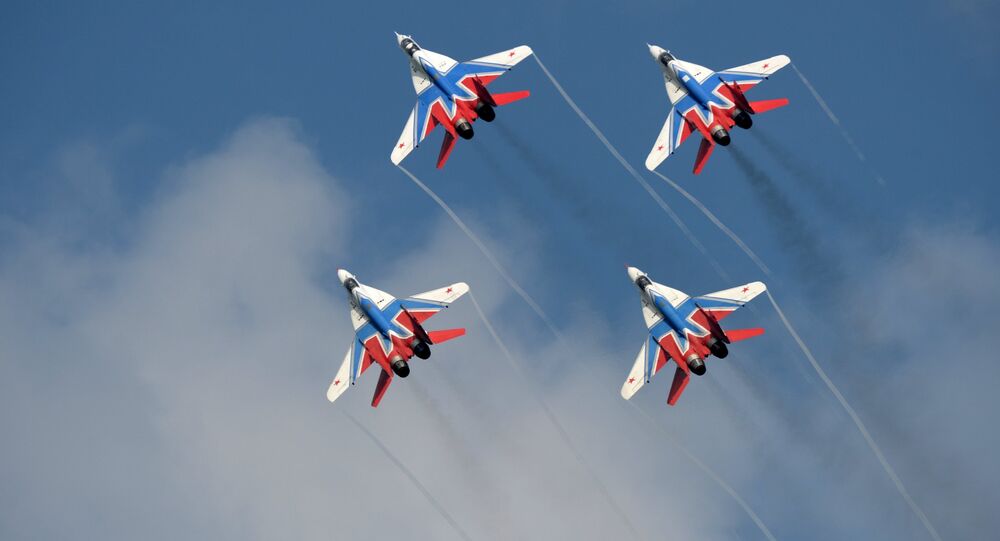 US Resolved to 'Ruin Russia's Military Cooperation With Foreign Partners'

Washington has been intent on undermining Russia's military and technical cooperation with other countries but these efforts always end in failure, a representative of the Moscow-based Centre for Analysis of World Arms Trade (CAWAT) told RIA Novosti.

The US has recently introduced a new round of sanctions targeting several Russian companies over the alleged non-compliance with the nuclear nonproliferation regime imposed on Iran, Syria and North Korea.

© Sputnik / Maksim Blinov
Russian International MAKS Air Show Ends With Contracts Worth Over $5.3 Bln
The blacklisted entities include Russian Aircraft Corporation MiG, Rosoboronexport, a manufacturer of high-precision weapons from the Russian city of Tula and a rocket design bureau based in the city of Reutov among others.

The restrictive measures were also imposed on some Chinese, Iranian and Syrian companies. The new sanctions are meant to last for two years unless a decision to lift them is made.

According to the CAWAT representative, the sanctions will not affect Moscow. The sanctions were "essentially in place since 1993 when Russia became active on the global arms market," the expert noted.

"We have been living in an extremely competitive climate for at least two decades and still manage to be the second arms exporter globally," the analyst observed, adding that Russia is inking more arms deals each year.

'Principle of Reciprocity': Kremlin Vows Response to Latest US Sanctions