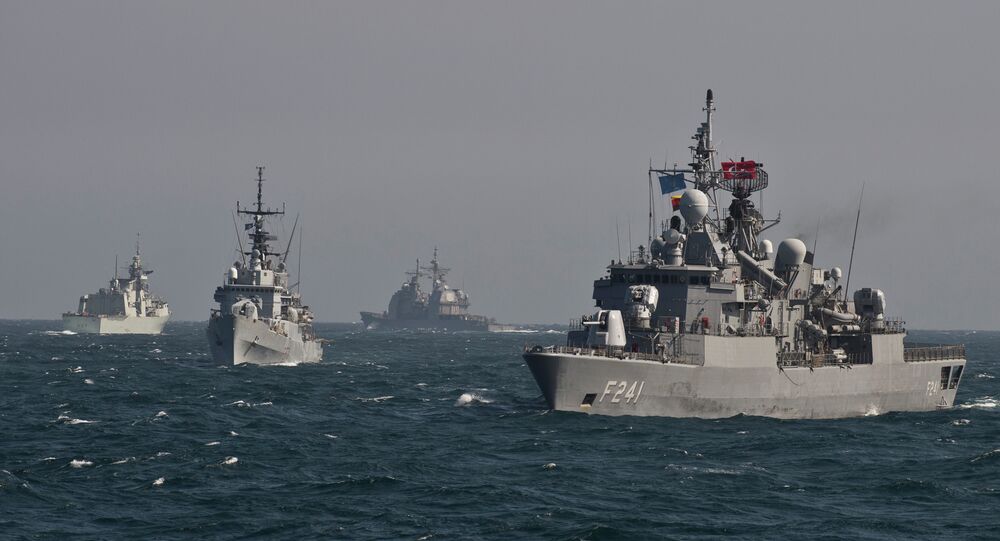 NATO's six new command and control centers have become operational across Central and Eastern Europe as part of the bloc's large-scale campaign aimed at increasing its military presence close to Russia's borders.

Formally known as the NATO Force Integration Units (NFIUs), they are designed to coordinate the increasing number of war-games and assist the bloc's newly-minted rapid reaction force in its deployment to the eastern border of the alliance.

The centers (NATO calls them small headquarters) are located in Bulgaria, Estonia, Latvia, Lithuania, Poland and Romania – the countries often complaining of an imminent but imaginary threat from Russia.

#WalesSummit decisions turn into results — 03/09/15 inauguration of #NFIU in #Vilnius. Check out the infograph! pic.twitter.com/f1c7myjbFa

© Sputnik / Taras Litvinenko
Expansion of Military Exercises in Europe Increases Risk of War - German Media
NATO claims the move is meant to reassure its members that the alliance is committed to protecting them. It should allegedly be viewed as a measure aimed at boosting defense to tackle "security challenges from the east and the south," as the bloc put it in its press release.

However, Russia sees it as a sign of the bloc's growing assertiveness and military buildup in a region that no country, including Moscow, is threatening. Moreover, NATO's enhanced war games and the US decision to preposition heavy weaponry in what once was a part of the Soviet bloc put European security at risk.

The move is part of package of measures agreed upon at NATO's 2014 Wales Summit and it's only the beginning. The bloc is expected to establish additional command and control centers in the future.