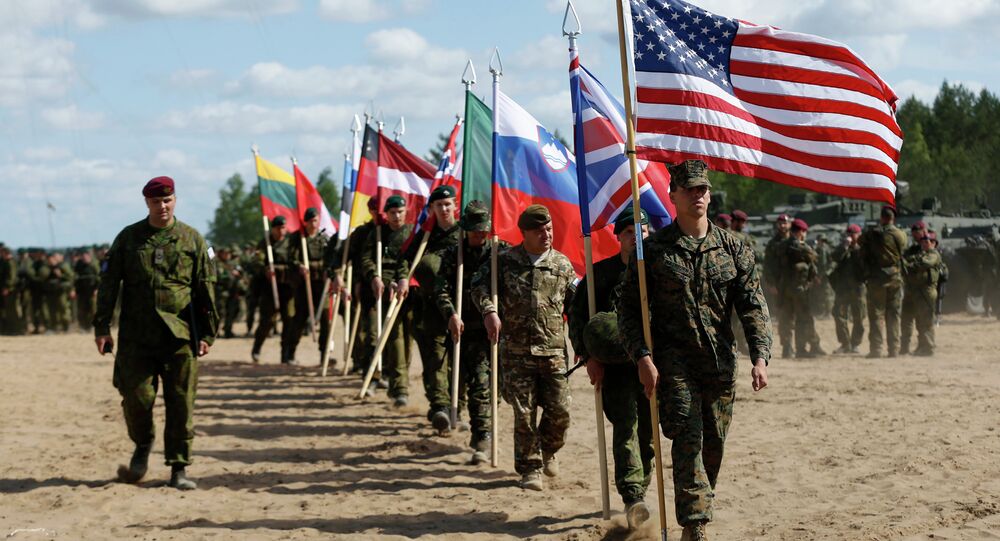 Ukraine intends to apply the same military standards as the United States, Prime Minister Arseniy Yatsenyuk said Tuesday at the official opening of the multinational military exercises Sea Breeze-2015 in Odesa, the press service of the Ukrainian Cabinet of Ministers said Tuesday.

KIEV (Sputnik) — On Monday, the naval military exercises Sea Breeze-2015, hosted by Ukraine and involving NATO forces, kicked off on the Black Sea. Around 2,500 troops and some 150 military vehicles, ranging from warships and helicopters to armored cars, are participating in the drills.

On Tuesday, the official opening of the maritime exercises took place.

"Our common goal is to ensure peace, stability and security in the Black Sea region. The task at this point is to preserve the peace and stability, and thanks to our joint training with the US counterparts, not only to in the same language, but also to work according to the same standards. Ukraine's task is to switch to NATO standards," Yatsenyuk was quoted as saying by the Cabinet's press service.

© CC0
US Missile Destroyer Arrives in Ukraine's Black Sea Port of Odessa
Yatsenyuk called the drills an extremely important event in bilateral relations between Ukraine and the United States.

The exercises Sea Breeze have been held annually since 1997, with this year's edition taking place in the Odesa and Mykolaiv regions of Ukraine. The drills are scheduled to last until September 12.

In addition to US and Ukraine forces, military personnel from Bulgaria, Germany, Greece, Italy, the United Kingdom, Romania, Sweden, Turkey and Moldova are expected to participate in the drills.