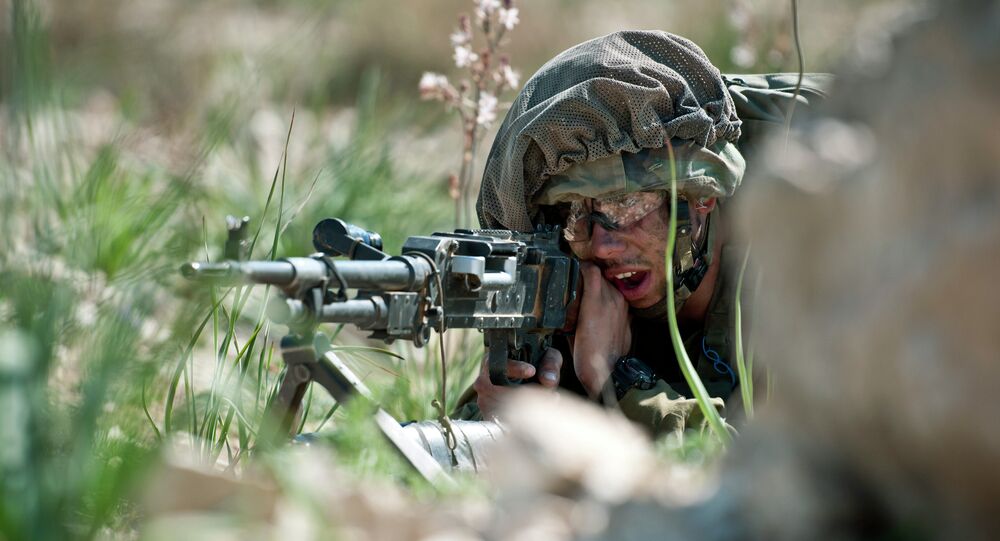 The removable helmet covering, known as a mitznefet in Hebrew, admittedly resembles a shower cap or a chef's hat but is said to be a potent piece of military gear. The flopping fabric is intended to obscure the familiar round shape of a soldier's helmet and protect against the light reflecting off the helmet's surface.

The Mitznefet is a covering for the infantry helmet used by the IDF. Its purpose is the camouflage of the wearer. pic.twitter.com/CLWOf2snaP

The Israeli Defense Forces introduced the mitznefet in 1994 but the covering is not really used elsewhere.

© Sputnik / Alexander Maksimenko
Kiev Media Praises Nazi-Style Training Camps for Children in Ukraine
The use of the term could be traced back to the biblical Book of Exodus. It was employed to describe a turban worn by the Jewish high priests in the Temple of Jerusalem. The term is often mistranslated as a "clown's hat" but its root meaning is believed to come from the verb to wrap.

Ukraine's military will receive 20 mitznefet coverings in the near future, Zvezda asserted, citing Tzvi Arieli of the Kiev Jewish community.

The Ukrainian government has been persistently pushing Western countries to provide military aid, including offensive weapons, to suppress self-defense forces in the Donbass region. The US has already delivered Humvees, lightweight counter-mortar radar units, medical kits, night-vision goggles and Kevlar vests to Kiev.

US to Create Elite Police Unit in Ukraine

Half of Conscripts Dodge Draft From Ukrainian Defense Ministry