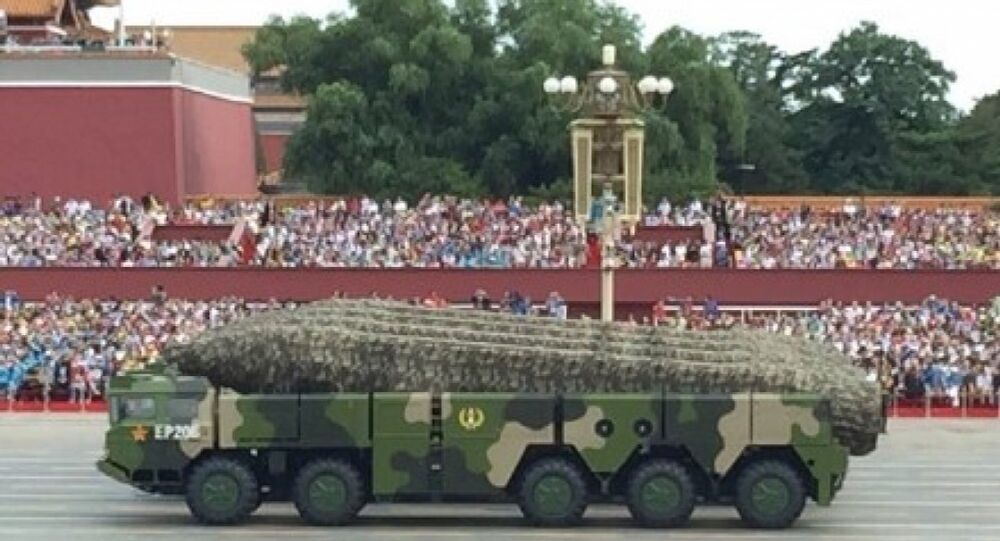 The People’s Liberation Army has for the first time publicly displayed some of the most modern and deadliest missiles in its possession.

During rehearsals for the military parade due to be held on September 3, commemorating the 70th anniversary of the Chinese victory over Japan in World War II, glimpses of a number of new Chinese missiles were seen.

“As with all other missiles at the rehearsal, the DF-26C missile was covered to conceal details. That said, it appears to have three stages with a lengthy nose cone that potentially could incorporate terminal guidance systems,” IHS Jane’s Defense Weekly reports.

The DF-26C can allegedly be fitted unto a road-mobile chassis – called the transporter-erector-launcher (TEL) – and uses solid fuel. Based on the TEL, it appears that the DF-26C is produced by the China Aerospace Science and Technology Corporation (CASC).

The DF-26C is a derivative of the DF-21, the notorious “carrier killer” missile. It has a range of 3,500 to 4,000 km, which would put the US military bases on Guam, the largest and southernmost of the Mariana Islands, within its range.

Is Europe Being Marginalized by Russia, China?