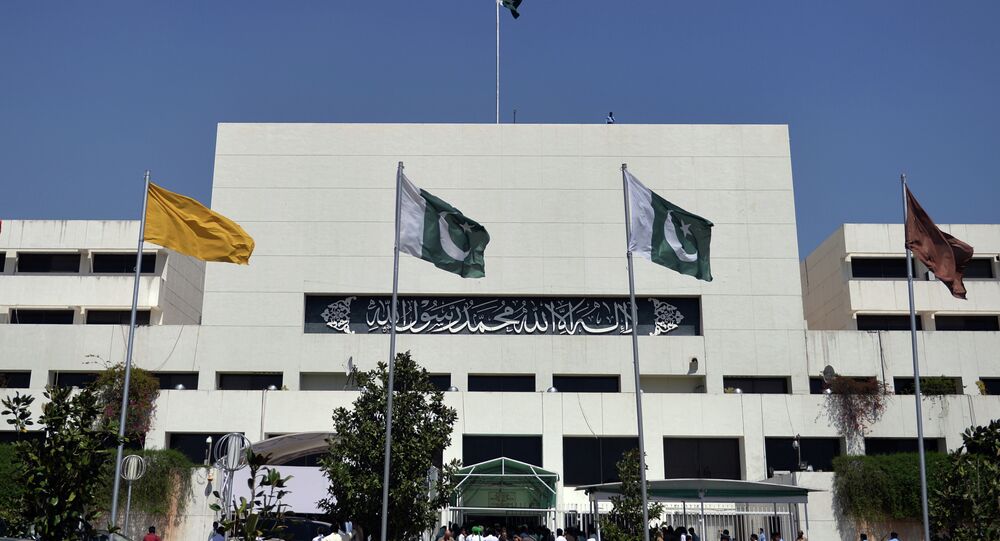 A paper released by two American think tanks titled “A Normal Nuclear Pakistan” suggests that Pakistan could have the third-biggest nuclear accumulation within a decade and could result in the production of 20 nuclear warheads annually.

The report, co-written by two scholars of the Carnegie Endowment for International Peace and the Stimson Center, mentions that Islamabad is successfully competing with  and possibly outperforming New Delhi in the build-up of its nuclear arsenal.

It was written in the report that Pakistan is estimated to possess around 120 nuclear weapons against India’s 100. Foreign affairs magazine The Diplomat went as far as saying that the increased nuclear arsenal will not help Pakistan resolve its internal challenges.

Yet, Pakistan’s Foreign Office rejected a report by two American think tanks calling it ‘utterly baseless’ that Pakistan was accelerating its nuclear weapons development program and may have the third biggest arsenal in a decade, Pakistan’s newspaper The Tribune reported.

© REUTERS / Mukesh Gupta/Files
US Pushes India, Pakistan Into Nuclear Race Instead of Promoting Peace - NGO
The foreign office further said that such reports tend to divert public attention from the exponential increase in India’s fissile material stockpiles as a result of nuclear deals with a number of Nuclear Suppliers Group (NSG) countries.

“We strictly abide by the concept of credible minimum deterrence and our nuclear program is only aimed at maintaining peace and stability in South Asia. Pakistan has no desire to engage in a nuclear arms race,” Foreign Office spokesperson Qazi Khalilullah said in a statement on Friday.

He further said Pakistan had come forward several times with initiatives to promote conventional and strategic stability in South Asia, including the proposed Strategic Restraint Regime, but India has failed to respond positively.

The report published in the US think tank suggested that the larger amount of fissile material used in the production of nuclear weapons could give Islamabad “a nuclear arsenal not only twice the size of India’s but also larger than those of the United Kingdom, China, and France, giving it the third-largest arsenal behind the United States and Russia,” The Diplomat reported.