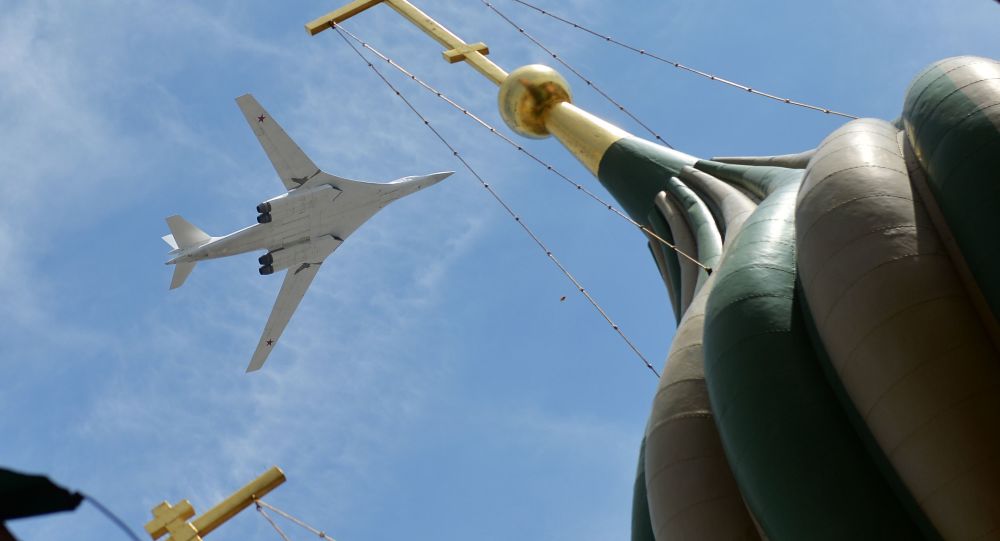 We Are The Mighty online magazine recently published a list of seven pieces of new Russian weaponry and military equipment which are sending shivers down the spines of Western military commanders.

Russian-made submarines, missiles, jets and ships were considered by the US magazine Moscow's "most scariest weapons."

"In addition to building more of their brand new, fourth-generation submarines, Russia is already planning a fifth-generation sub. […] Russia wants the subs to network with each other and underwater drones, use onboard robotics for certain tasks, and feature a new nuclear reactor," the outlet says.

Currently, the maritime borders of the Russian Federation are guarded by three project 955 Borei nuclear submarines – the Yuri Dolgoruky flagmanship, the Alexander Nevsky and the Vladimir Monomakh.

© Sputnik /
Russian Nuclear-Powered Submarine Vladimir Monomakh
By the end of 2020, the Russian Navy is expected to receive another five submarines of the class.

The Borei submarine features a solid steel body with a thickness of 48 mm covered with an anti-hydroacoustic coat. The vessel is equipped with low-noise engines which make it practically undetectable to enemy locators.

In addition, Russia has one project 885 Yasen submarine in service. By 2020, the navy will receive eight of them. Armed with cruise missiles, the Yasen-class submarine is extremely versatile.

"Russia’s hypersonic missile program has been plagued by unsuccessful tests, but it still has potential. The Yu-71 would be able to fly unpredictable patterns to its targets at speeds of 7,000 miles per hour, piercing air defenses," We Are The Mighty writes.

Courtesy of Northern Fleet press service
Russian-Indian Hypersonic Cruise Missile Could Revolutionize Arms Industry
The BrahMos was first launched in 2001. The missile was based on the Soviet-made P-800 missile. The BrahMos can reach speeds of up to 900 meters per second and be mounted on a great number of submarines, coastal launchers, jet fighters and assault aircraft.

The Yu-71 hypersonic cruise vehicle is another problem for NATO generals. The aircraft is capable of carrying nuclear warheads at speeds 10 times faster than the speed of sound. Because of its outstanding maneuverability, it is a hard target for ground anti-aircraft systems. According to unconfirmed data, the Yu-71 is expected to enter service in the Russian Air Force by 2025.

Since 2009, the Tupolev design bureau has been developing a versatile long-range bomber to replace the Tu-22M3 and the turboprop Tu-95MS.

The new aircraft, currently known as PAK DA, is expected to receive modernized engines from the Tu-160. The aircraft will have a flying-wing design and will be subsonic. The PAK DA is planned to be armed with hypersonic cruise missiles.

Alongside with the new project, the production of the legendary Tu-160 bomber will be resumed. The total switch to the new bombers in the Russian Air Force is expected by 2020.

Recently, the Russian military received a dozen of new electronic warfare systems, including the Rychag, Vitebsk, Altaets, Zoopark and other complexes. By 2020, the Russian Electronic Warfare Forces plan to update over 60 percent of their equipment.

"An electronic warfare system in development supposedly allows Russia to shut off any approaching threats, everything from NATO ships to missiles to future hypersonic weapons," We Are The Mighty says.

"While the S-300 is in the news right now, the S-500 would be two generations beyond it. The S-500 is expected to be capable of engaging five to ten ballistic missiles at once," according to the outlet.

The S-500 Prometei is a Russian anti-aircraft missile system. It is aimed at hitting short-range ballistic missiles, hypersonic cruise missiles, drones, hypersonic aircraft, and even satellites and orbital platforms. The first S-500 systems are expected to enter service by the end of 2017.

The A-60 is the first Soviet/Russian flying laboratory based on the Iluyshin Il-76MD military transport aircraft. The laboratory is equipped with the Skif-D laser system. 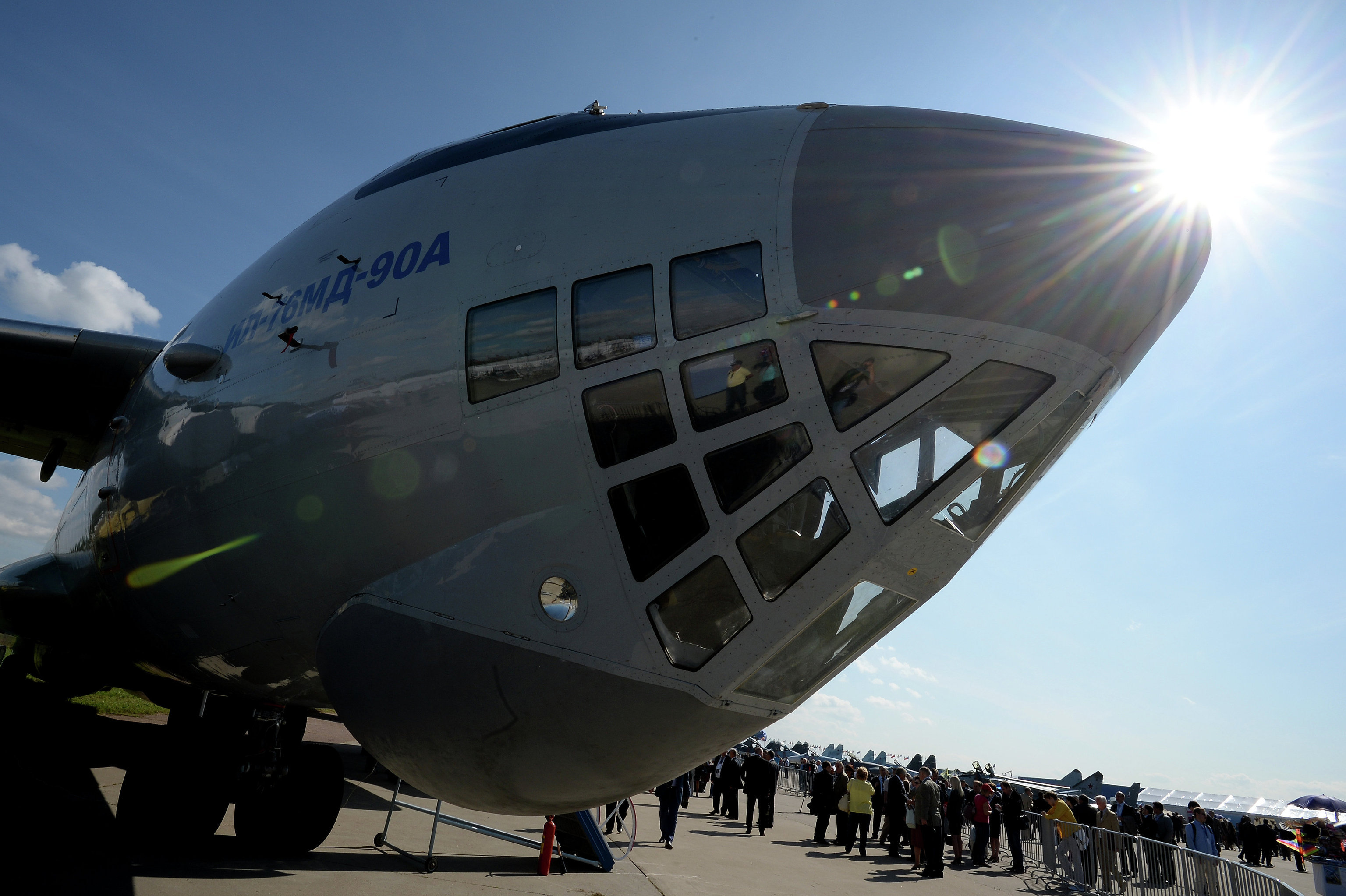 "Russia claims its laser program is on the same level as the US, but the system is fully classified. If accurate, it would mean that Russia’s lasers are capable or nearly capable of taking out enemy vehicles, drones, and boats, all weapons systems America relies on," according to We Are The Mighty.

In 2005, the A-60 began undergoing tests under the classified Sokol-Eshelon program. In 2009, a laser beam from the A-60 successfully destroyed a target, flying 1,500 kilometers above the ground. In addition, the system is capable of hitting low-flying enemy aerial targets, including aircraft and ballistic missiles.

"The new planned Russian carrier will be a brand-new vessel of large displacement. The first aircraft carrier won’t be built until 2030," Viktor Bursuk, commander for weapons of the Russian Navy, said in an interview.

"Sevmash"
Russia's Cutting Edge Submarine Fleet to Receive 'Aircraft Carrier Killer'
The displacement of the new carrier may be over 50,000 tons. It will have an air wing of 80-90 jet fighters. The vessel is also expected to be powered by a brand-new nuclear power plant.

"Russia’s carrier prospects are dicey, but if the ship makes it to the sea it will be much better than their current carrier," experts underscore.