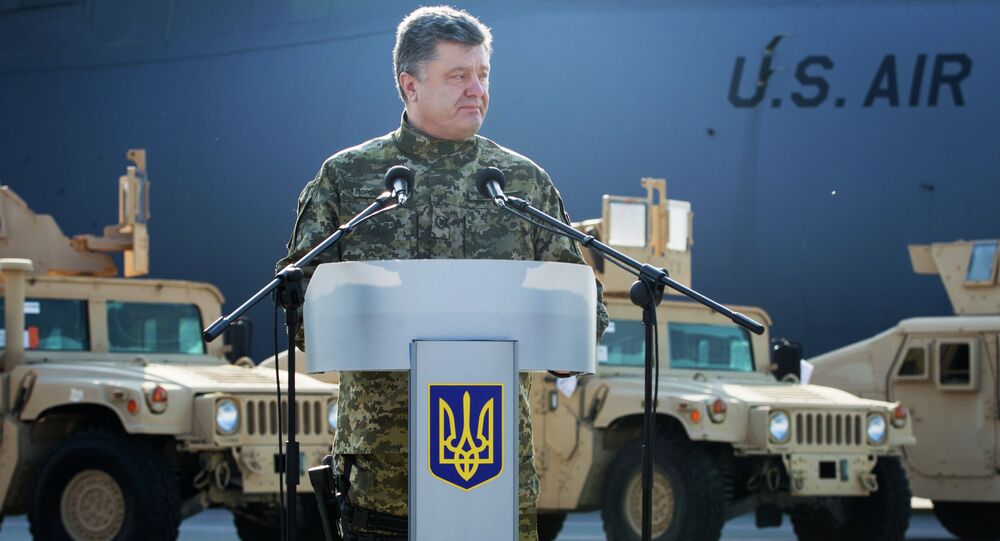 The head of Ukraine has signed a decree on military-technical cooperation between Ukraine and a number of countries, the list of which has not been disclosed, but rather attached as a “classified document”, according to the statement of his press service.

The details of the document are also being kept secret. However, control over the execution of the above decree has been handed to the Secretary of the National Security and Defense Council of Ukraine, Oleksandr Turchynov, says the statement.

© Photo : president.gov.ua
Screenshot of a decree on military-technical cooperation between Ukraine and a number of countries

Earlier in April Ukraine already signed a number of agreements with NATO, including a memorandum on technical cooperation.

“A signing ceremony of the Memorandum of Understanding between the government of Ukraine and NATO on cooperation on consultation, control, communications, intelligence, surveillance and reconnaissance as part of NATO's Partnership for Peace program took place at NATO headquarters in Brussels,” said the statement on the website of Ukraine’s Mission to NATO.

© AFP 2020 / YURIY DYACHYSHYN
‘The US is Fully Prepared to Fight Putin - to the Last Ukrainian’
"The signing of this international agreement opens up opportunities for further collaboration of our country's and NATO's experts to improve the legal framework for in-depth technical cooperation between Ukraine and the Alliance, as well as reflect the efforts of NATO and its member countries aimed at large-scale support for reforms of the Ukrainian security sector and defense in accordance with decisions made during the NATO summit in Wales," the statement read.

"A leading role in the implementation of modern information technologies in the Ukrainian army will be played by NATO Communications and Information Agency," it furthermore emphasized.

All In: We're Reforming Ukraine to Prepare for NATO Referendum - Poroshenko