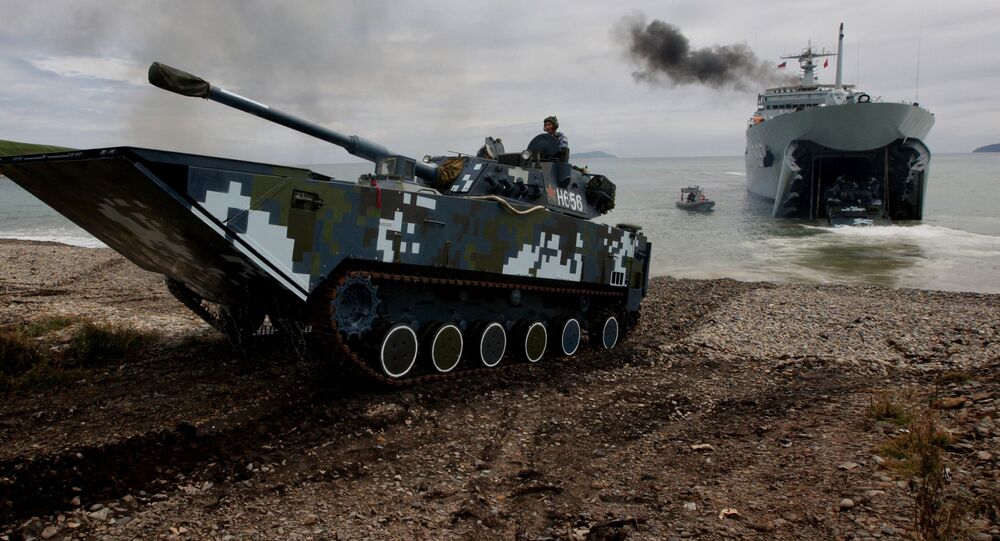 A parade of Russian and Chinese warships, as well as naval aircraft, that had taken part in the drills kicked off at 13:30 local time (03:30 GMT), according to Martov.

© Sputnik / Vitaliy Ankov
Russian, Chinese Naval Troops Conduct Anti-Terror Drills in Far East
The drills took place in the Peter the Great Gulf, the largest gulf in the Sea of Japan, close to the strategic Far Eastern Russian Pacific port city of Vladivostok. The active phase of the drills, which were the second naval exercise between China and Russia this year, lasted between August 23 and August 27.

The first stage of Russia-China maritime exercises ("Joint Sea-2015 I") was held in the Mediterranean Sea in spring.