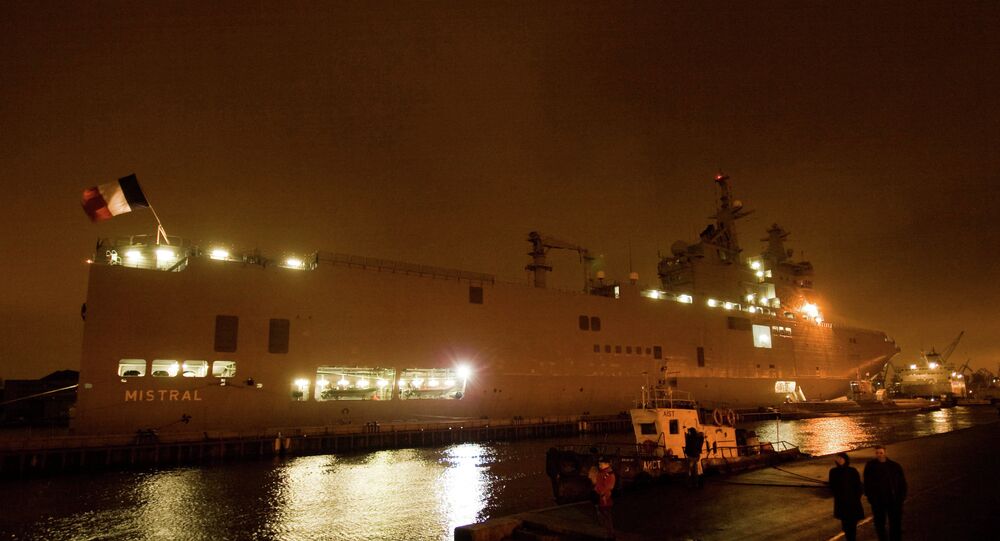 Earlier, the French media suggested that Egypt and Saudi Arabia were seriously contemplating the purchase of Mistral ships. Other nations believed to be interested in the two Mistrals include Brazil, Canada, China, India and the United States.

© AP Photo / Laetitia Notarianni
Saudi Arabia Needs Mistrals for Power Projection in Middle East
In early-August, Russian President Vladimir Putin and his French counterpart Francois Hollande agreed on the cancellation of a contract on the construction of two Mistral-class ships. France has already paid the compensation, but the sum was not made public.

After the Russian equipment is dismantled from the carriers, France will be able to take charge of both ships.

Le Drian will arrive to Malaysia on August 30. On the way back, the minister plans to visit India to sign a contract on the delivery of 36 Rafale jets to New Delhi.

According to Tribune, the Indian military is also interested in the purchase of the Mistrals.