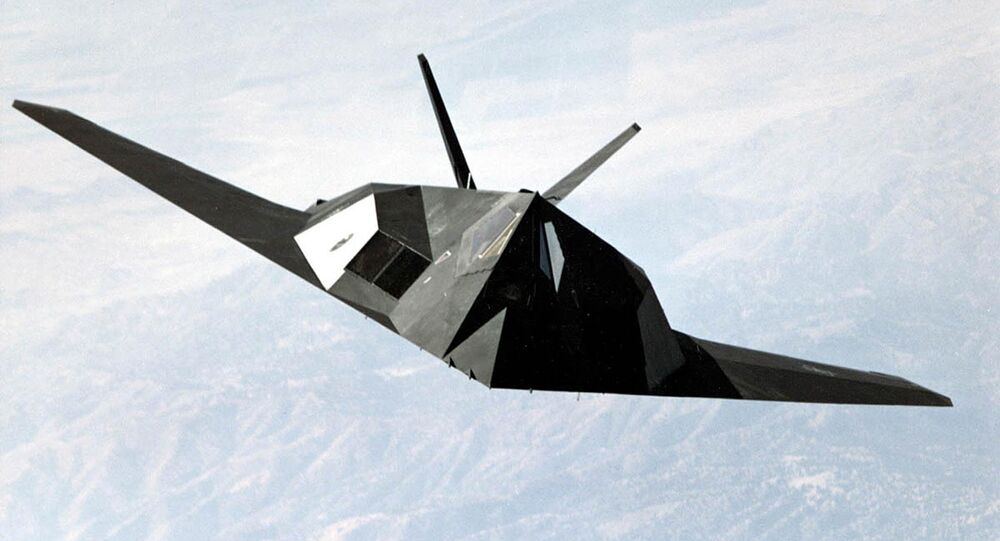 The US Air Force officially retired its 52 surviving F-117 Nighthawk stealth fighters in 2008, moving to B-2 bombers, F-22s and F-35s but recently photographs of the F-117 fighter jet soaring through the skies have been emerging, raising speculation as to why has it been pulled out of retirement?

The Air Force claimed it would preserve the F-117s for future use, but its possible most of the Nighthawks actually are kept inside the Air Force’s highly secure area in Nevada.

The amateur plane-spotters have photographed and videotaped the famous triangular black F-117 jets flying over the desert test range and taxiing on a remote runway, sometimes solo and sometimes in pairs, The National Interest reported.

“Why would the Air Force want to keep a few F-117s operational, despite their age, complexity, high cost and the fact that Serbian air-defense forces figured out how to detect the planes and actually shot one down during the 1999 US-led air war on Serbia [NATO bombing of Yugoslavia]?” wrote David Axe.

© AP Photo / Rich Pedroncelli
US Federal Aviation Administration Approves Commercial Agriculture Drones
As described by Tyler Rogoway, keeping even a small force of F-117s flying is not a cheap or easy task. The Nighthawks were unique and temperamental aircraft and required a comprehensive logistical train to keep them in the air. Keeping just a handful of these jets flying would be costly and not without risk.

According to Rogoway the aircraft may now be used as an experimental tester. It may now be turned into something of a “flying measuring stick” for evaluating a radar system's ability to detect and track low-observable flying objects. Possibly, its being used as a replacement to test new radar absorbent materials and coatings applied to its structure.

Another interesting use for the officially retired F-117s could be that they are being used as unmanned vehicles.

“In an autonomous unmanned combat aircraft configuration, the F-117s could be loaded with a pair of 2000lb GPS guided Joint Direct Attack Munitions (JDAMs), or 12 small diameter bombs (SDB) for hitting highly defended targets at standoff ranges, and sent into combat with no need for man in the loop communications and control,” explained Rogoway in his blog.

The aircraft could become “stealth aggressors” it could be used to put US and their allies' latest radars, infrared search and track and electronic detection system to the test, as well as to develop tactics for defeating reconnaissance threats.

Another reason why the Department of Defense could have chosen to continue flying F-117s, would be to keep a small unit of pilots and support crew, either contracted or military, familiar with the aircraft so that they could more easily reconstruct the program if need be, forming a contingency plan so to say.

In many ways such a program would be similar to an “F-117 program 2.0,” where it would be kept under cover for as long as possible so that if needed it could take enemies nearly completely off-guard.

US Aviation Must Take ‘Aggressive Action’ Against Drone Threats - Senator