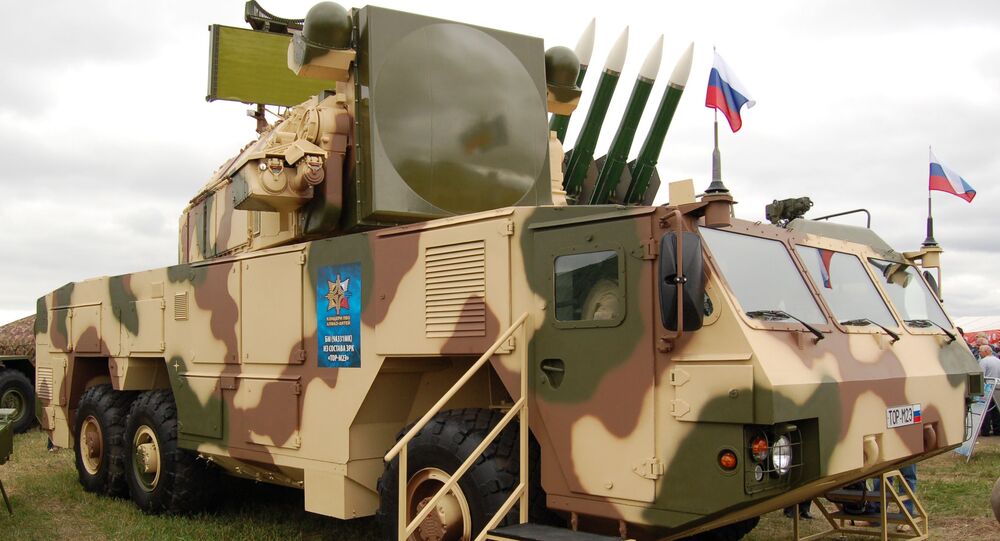 ZHUKOVSKY (Sputnik) — According to Rosoboronexport's General Director Anatoly Isaykin, the delivery of these launchers will significantly boost air defense capability of Belarus and the Russia-Belarus Union State in general.

"The delivery is scheduled for 2016," Isaykin told reporters at the MAKS-2015 air show.

Tor-M is an advanced short-range surface-to-air missile system, designed to defend key military and civilian facilities from attacks by aircraft, cruise and guided missiles, as well as unmanned aerial vehicles.

© AP Photo /
Russia in Talks With Iran on Tor-M1 Missile System Modernization
It can simultaneously detect more than 40 targets, track and attack four of them at once at a range of up to 23,000 feet and at altitudes of up to 19,700 feet.