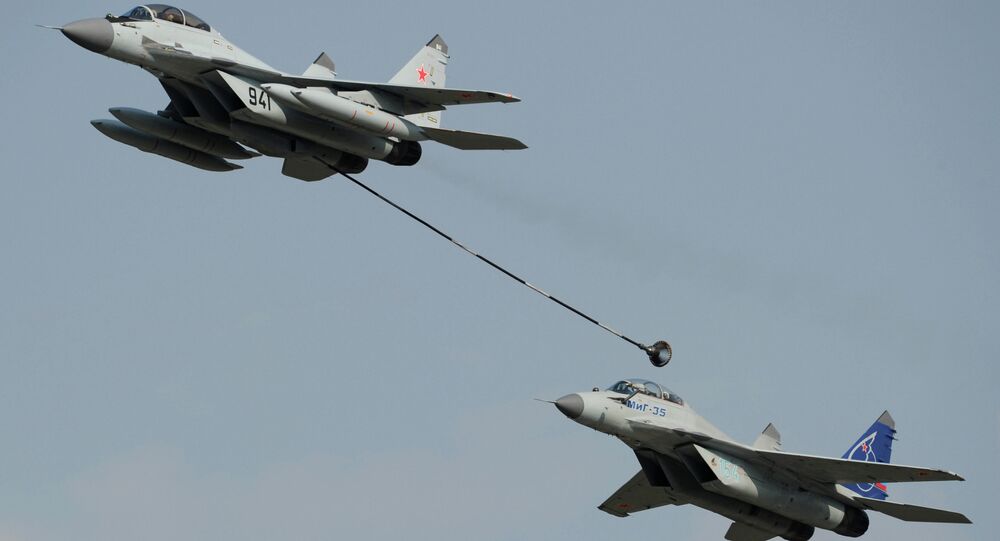 © Sputnik / Grigoriy Sisoev
Combat Ready: PAK FA Gets Improved Highly Maneuverable Missiles
The new concept is loosely based on Mikoyan Project 1.44 (NATO reporting name: Flatpack). The venture was meant to create an alternative to the US' Advanced Tactical Fighter (ATF) project which gave birth to the Lockheed Martin F-22 Raptor.

The aircraft boasting advanced avionics, stealth technology, supermaneuverability and supercruise made its first flight in 2000 but the project was soon shut down.

"We are using the experience gained in Project 1.44 in our new undertakings," MiG's CEO Sergei Korotkov told Rossiyskaya Gazeta. He added that the new aircraft will also use the technology developed for the Mikoyan MiG-35 (NATO reporting name: Fulcrum-F) multirole air superiority fighter.

The new jet is meant to replace the aging Mikoyan MiG-29. The air superiority fighter was introduced in 1983 and remains in production to this day. The MiG-29 and its modifications proved to be a popular export aircraft – they are in service in more than 20 countries, including Cuba, India, Iran, Poland, Serbia and Slovakia.

The Sukhoi PAK FA is another fifth generation fighter jet currently under development in Russia.The PAK FA is a single-seat, twin-engine jet fighter designed by the Sukhoi Design Bureau. Its unique features make it the best in its class among other similar aircraft in the world, and it is the first operational aircraft in Russian service to use stealth technology. The aircraft is undergoing testing and is expected to be commissioned in December 2016.