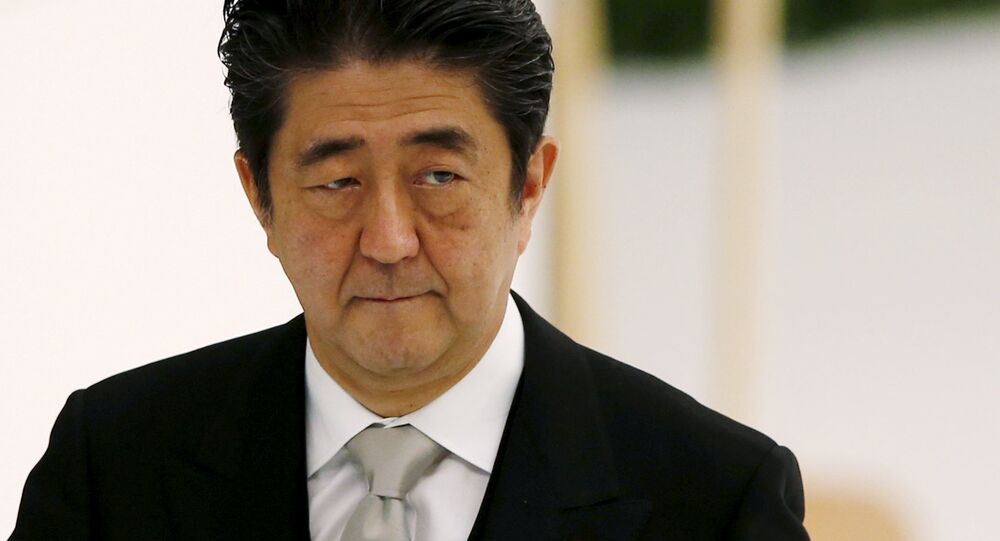 The United States, Korb said on Monday, would certainly benefit from Japan taking on a larger role in the region, but Washington is not the primary driving force behind Tokyo’s military buildup.

“I think it’s Abe… if you look both at his economic plan and his military plan,” Korb explained. “The Chinese are increasing their military capacity and the Japanese feel they have to increase theirs.”

© AP Photo / .S. Navy, Mass Communication Specialist 2nd Class Michael Russell
US to Benefit From Extension of Japan's Self-Defense Forces Rights
Abe wants to ensure that the Japanese can defend themselves if the Chinese do take military action, he added, a fear that has been fueled by the Senkaku islands territorial dispute and China’s perceived aggressive behavior in the South and East China Seas.

The Japanese prime minister, Korb argued, believes that World War II ended 70 years ago and it is time to broaden the interpretation of his country’s constitution so Japan can adequately defend itself.

On Sunday, thousands of protesters took to the streets in Japan to protest security bills that Abe has been pushing through the legislature to expand Japan’s military to levels not seen in seven decades.

The Senkaku islands, known as the Diaoyu islands in China, are the subject to long-standing regional territorial disputes between China, Japan and Taiwan. The islands are part of Japan's Okinawa Prefecture.

Japan’s has a pacifist constitution and under Article 9 the country is prohibited from engaging in war.