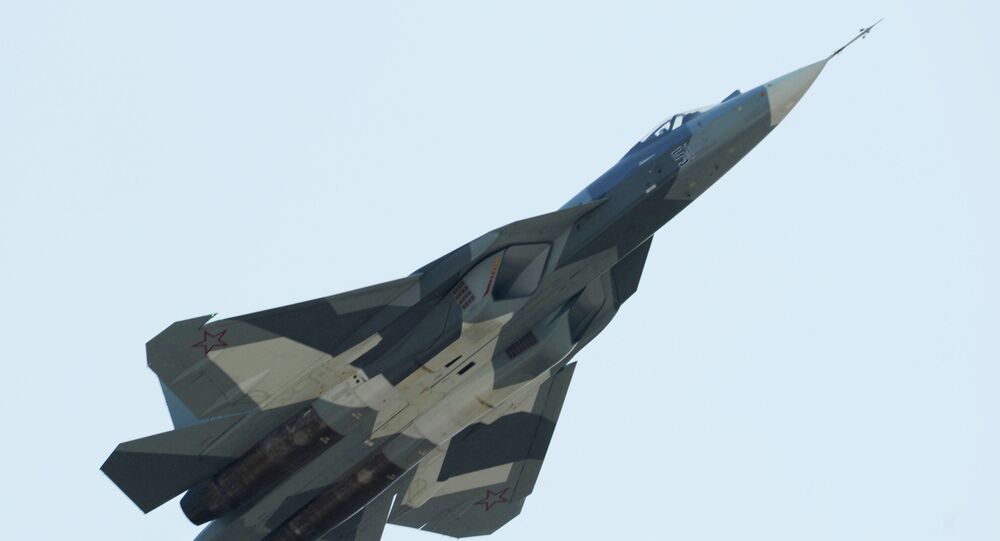 Undoubtedly, the PAK FA fifth-generation fighter will be armed to the teeth with the latest weapons Russia has to offer. One of these is a modernized version of Russia's best highly maneuverable short-range missile crucial for winning quick-action close-range aerial battles.

The Vympel R-73 (NATO reporting name: AA-11 Archer) is an infrared heat-seeking air-to-air missile with an operational range of up to 19 miles. It was designed to engage virtually any type of aircraft – from cutting-edge jet fighters to drones and cruise missiles.

What makes the R-73 so deadly is a unique targeting and guidance system. The missile has a passive infrared homing head capable of locking the missile on a target before launch. It is capable of tracking and hitting targets at large off boresight angles even if the enemy is using electronic warfare systems.

Not surprisingly then, the upgraded R-73E will be fitted on the stealthy Sukhoi PAK FA, also known as the T-50.

The upgrades include better operating range, improved homing-head lock-on, greater protection, increased reliability, more autonomy, etc.
The improved R-73E "is expected to enter service in the near future," Klishin added. "PAK FA will surely be armed with [this missiles]."

Melee aerial battles featured prominently in the 20th century warfare and are likely to take place in the future despite a popular belief (or a misconception?) that greater speeds and longer range weapons will make dogfighting obsolete.

The PAK FA is a single-seat, twin-engine jet fighter designed by the Sukhoi Design Bureau. Its unique features make it the best in its class among other similar aircraft in the world, and it is the first operational aircraft in Russian service to use stealth technology.