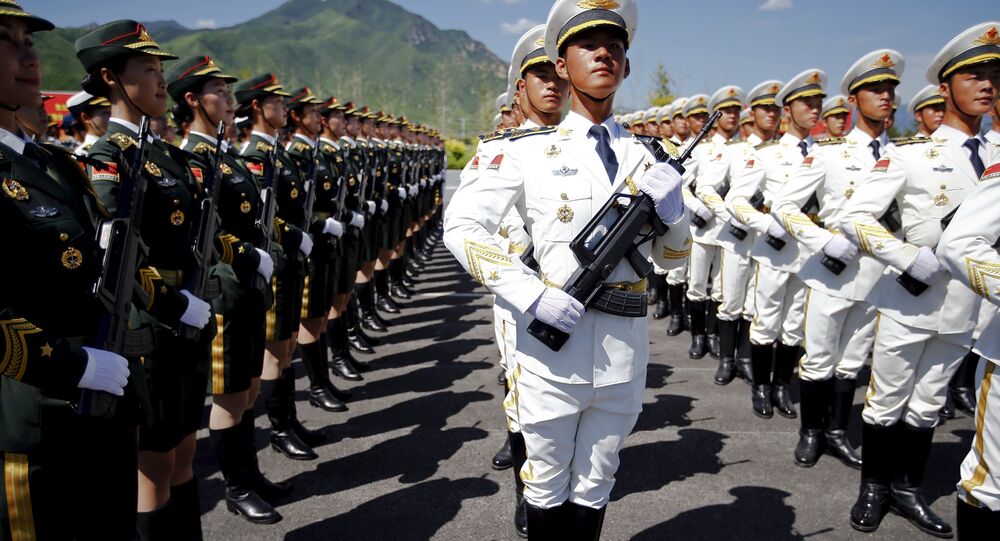 “Our missile weaponry has seen great advances, in terms of firing range, strike methods, accuracy and mobility,” said the source.

It was earlier reported that a total of 12,000 troops, 500 pieces of equipment, and nearly 200 aircraft will be shown, said Qu Rui, deputy director of the Office of the Parade Leading Team and deputy chief of the Operations Department of the General Staff Headquarters.

© AP Photo / Ng Han Guan
China at its Best: Sneak Peek at 'Unprecedented' Military Parade in Beijing
14
Allegedly, 84 percent of armaments to be displayed in the military parade have never been viewed by the public before.

In order to mark the 70th anniversary of the victory of Chinese People's War of Resistance against Japanese Aggression and the World Anti-Fascist War, 50 formations will parade through Tiananmen Square, including 11 foot formations, two formations of veterans in vehicles, 27 armament formations and 10 air echelons.

Displaying new weapon systems is an international practice in military parades. “The parade is intended to commemorate history, cherish the memory of our fallen revolutionary soldiers, uphold peace and usher in the future, with no other countries targeted,” said Qu.