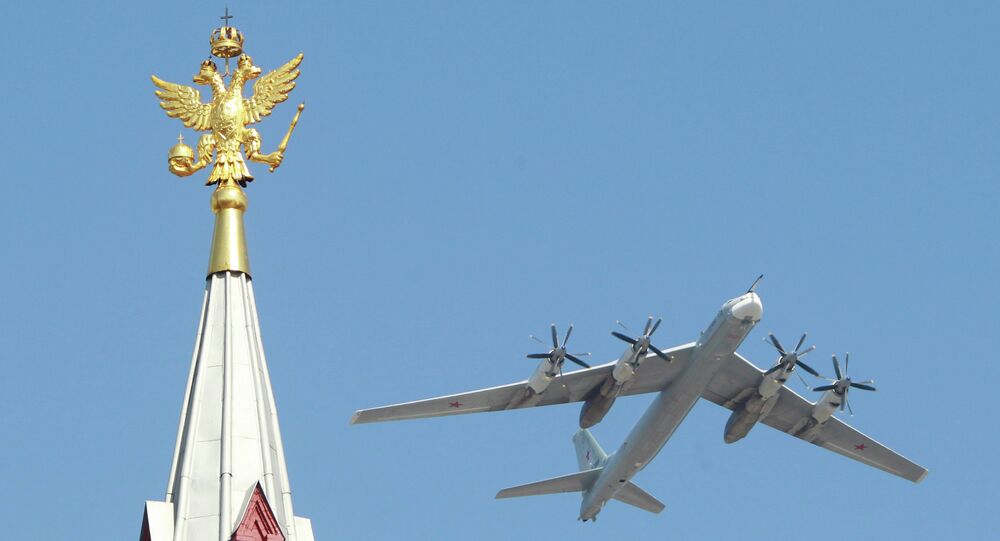 The Cold War-era veteran Tupolev Tu-95 is big, deafeningly noisy and decidedly not stealthy, but despite certain drawbacks the Bear is still a considerable force to be reckoned with and the intercontinental bomber has a bright future.

"Cold War aviation genius Andrei Tupolev was no fool. He designed an adaptable plane that can carry one Hell of a load-out when it comes to bombs and missiles, fly thousands of miles from bases in Russia, loiter on the edges of enemy airspace, and deliver megatons of nuclear destruction," military historian Paul Richard Huard observed.

This is the essence of what the Bear was designed to do. The strategic bomber boasts a range of 9,400 miles without refueling and can accelerate to a maximum speed of 575 mph.

The upgraded version of the aircraft has been modified to carry 16 AS-15 Kent subsonic cruise missiles, the analyst stated. They have a range of more than 1,550 miles.The Russian Air Force already has a selection of eight Tu-95MSs to choose from and ten more upgraded Bears are expected to enter service by 2016.

It is "hard to ignore a bomber that can fly within miles of your shoreline armed to the teeth with nuclear-tipped cruise missiles," Huard noted in an article titled "Russia's Blast from the Past: Beware the Tu-95 Bear Strategic Bomber."

The Tupolev aerospace and defense company, which manufactures the Tu-95, is currently working on a next-generation strategic bomber design, known as PAK DA. The fifth-generation stealthy aircraft is expected to make its maiden flight in less than a decade and could enter service in 2025-2030.

The introduction of the PAK DA bomber will not necessarily mean an end for the Tu-95. "Even with plans to build a jet-powered bomber during the next decade, upgrades will allow the Cold War giant to keep flying through the 2040s," Huard asserted.

A Tu-95 "Bear" or as I like to call it the "Big Red Bear" during refueling pic.twitter.com/h56QPQGeHd