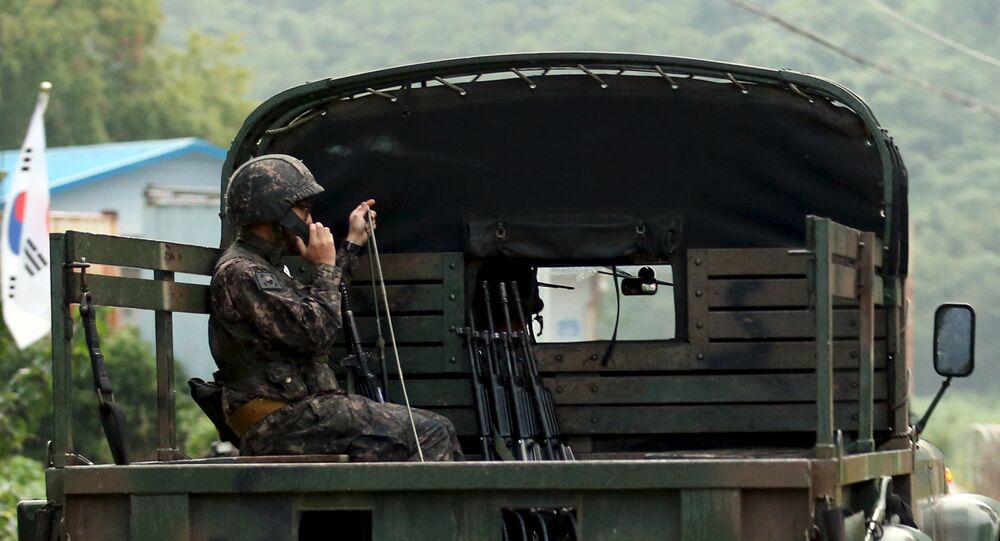 South Korean officials said that North Korea increased the number of its artillery near the demilitarized zone twofold, Yonhap reported.

No specific figures have so far been provided by the agency.

The news came just a day the conflicting neighbors held the first round of high-level talks to reduce tensions that escalated earlier this week. Earlier in the day, local media reported that Seoul and Pyongyang would continue high-level talks later Sunday.

© REUTERS / KCNA
N Korea Vows 'Strong' Reaction to South's Psychological War, Blames US
The tensions on the Korean peninsula escalated on Thursday, as North Korea reportedly fired shells at a South Korean military base across the demilitarized zone. Seoul was quick to retaliate with dozens of heavy artillery rounds.