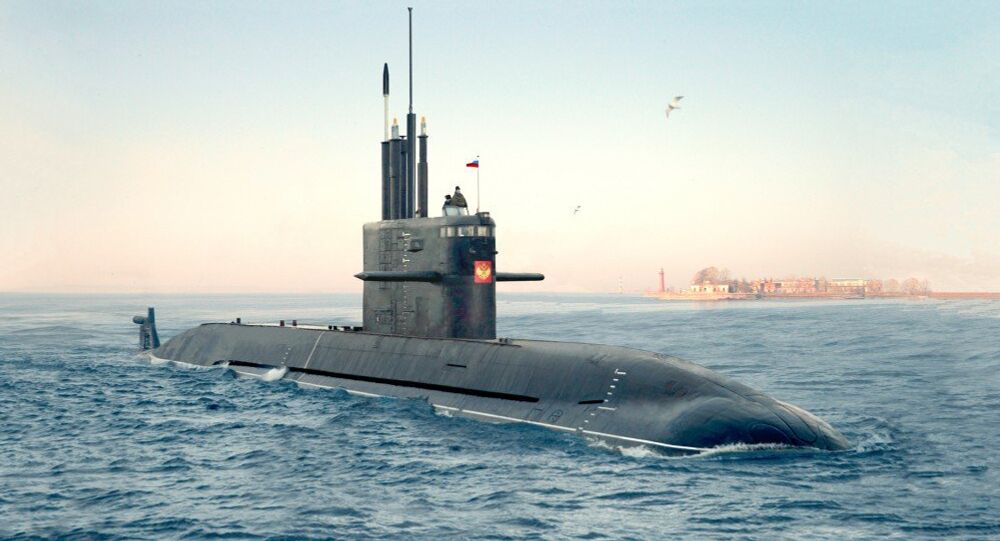 Morocco and Russia are close to reaching a deal on the delivery of a Russian-made Amur-1650 (project 677E) submarine which would be the kingdom’s first submarine, World Tribune reported.

© Sputnik / Vitaliy Ankov
Russia to Upgrade Submarine Forces of Black Sea Fleet in 2016
The contract is expected to be signed during King Mohammed VI’s trip to Moscow later this year. The two countries have been in talks on the issue in several stages since 2013, according to the media outlet.

During the DSA-2014 international arms forum in Malaysia, the Malaysian navy also expressed interest for the submarine.

The Amur-1650 diesel-electric powered submarine was developed by the Rubin design bureau. In addition to an air-independent power plant, the submarine is equipped with a regular diesel generator and a set of accumulator plants. While surfaced it is propelled by the diesel-electric power plant, and by the accumulators and the air-independent power plant while submerged. Thus, the submarine has the technical specs close to a nuclear-powered one.

© Sputnik / Grigoriy Sisoev
Indonesia May Buy Russian Su-35 Jets by 2017 – Ambassador
In comparison with its predecessors, the Amur-1650 submarine is capable of multiple missiles firing (up to six missiles at once) and has a hydroacoustic system with unique sonar for detecting low-noise targets at various distances.

The main feature of the Amur-1650 is its extreme quietness. According to experts, the new submarine outperforms the submarines of Varshavyanka (project 636) class which are now believed to be the most silent submarines in the world.

The Amur-1650 has a length of 66.8 meters and a beam of 7.1 meters. While submerged, the submarine can reach speed of 21 knots (39 kmh) at a distance of 650 miles. The submarine can submerge at a depth of 250 meters. The armament includes 18 torpedoes and 10 vertical silo-based missiles.