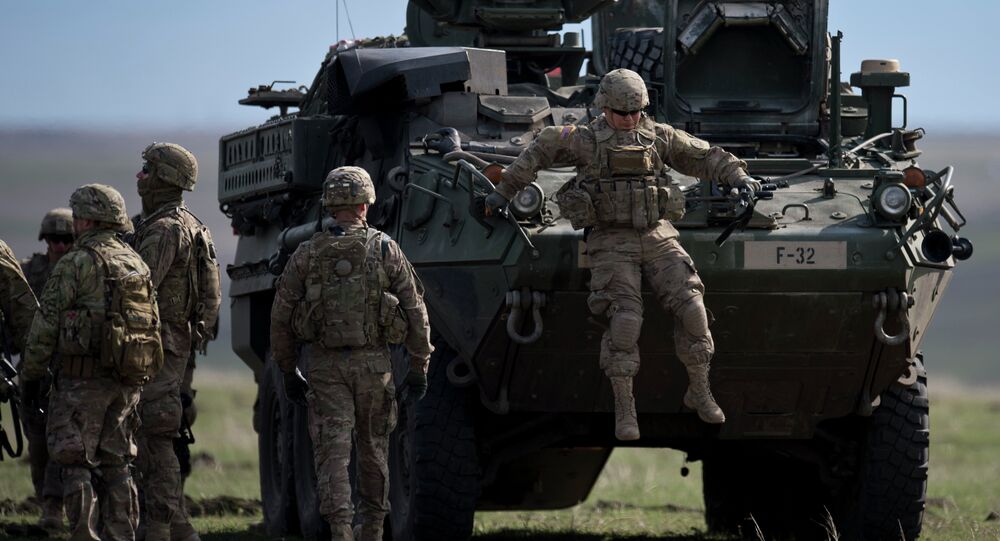 US Plan to Move Military Vehicles to Hungary Anti-Russia Provocation

The US plan to deploy 50 military vehicles in the Hungarian north-western town of Tata is a provocation against Russia, the vice-chairman of the Foreign Affairs Committee of the Hungarian National Assembly told Sputnik Wednesday.

MOSCOW (Sputnik), Daria Chernyshova — According to the local daily newspaper Magyar Nemzet, the transfer of the 50 vehicles, including four M1 Abrams tanks, is part of Operation Atlantic Resolve, an ongoing series of drills aimed at supporting NATO allies in a response to what the West calls Russian aggression in Ukraine.

"We denounce this provocative of NATO, which we see as nothing else but a provocative move of the United States against Russia. And that could be understood only on that context of the Ukrainian crisis in which the West and the United States are trying to provoke an open conflict with Russia," Marton Gyongyosi said.

Gyongyosi described the deployment as a "march of tanks" from the Czech Republic to Hungary. According to Gyongyosi, the move is "completely against the interests of not only the Central and Eastern Europe, including Hungry, but the whole of Europe."

"I think if those tanks are relocated to Hungary, there will be mass demonstrations to stop the move," Gyongyosi said, stressing that Hungarian people have a very firm anti-NATO sentiment.

NATO has reinforced its military presence in the Baltic region since the conflict in southeast Ukraine broke out in April 2014.

Moscow has repeatedly stated that NATO expansion toward the country's western frontier is a threat to regional security.