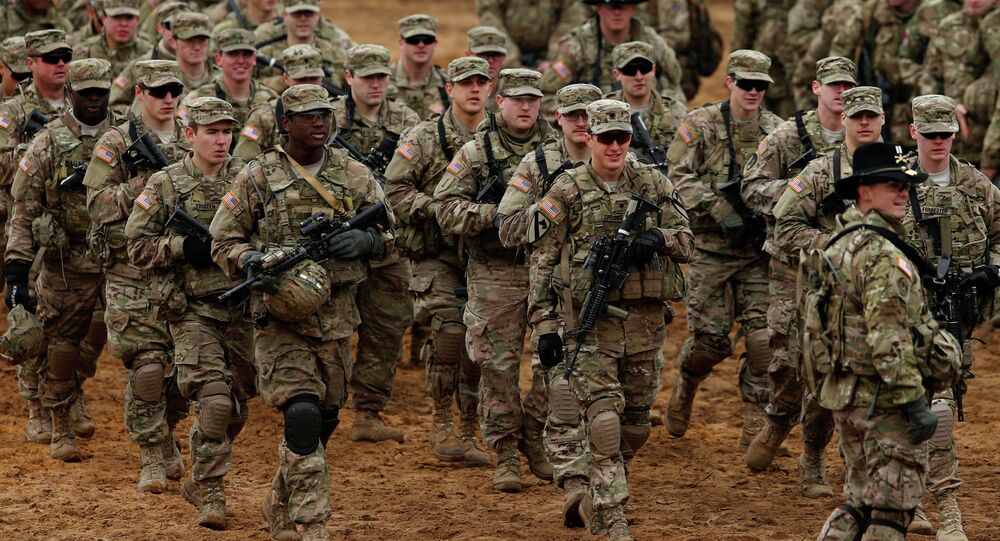 A military convoy of US military vehicles and servicemen will drive across Slovakia in September, according to the chief of the Defense Staff of Slovakia’s Armed Forces.

© AFP 2021 / ARMEND NIMANI
NATO Occupies European Skies With Biggest Drills Since Cold War
PRAGUE (Sputnik) — A US military convoy of some 100 military vehicles and several hundred servicemen will drive across Slovakia in September to a NATO ground forces exercise in Hungary, the chief of the Defense Staff of Slovakia’s Armed Forces said Wednesday.

"A US military convoy will pass through the territory of Slovakia on September 12-19 from its base in Germany to the venue for the exercise in Hungary. According to preliminary data, the convoy will consist of 100-150 military vehicles and about 500 soldiers," Lt. Gen. Milan Maxim was quoted as saying by the Bratislava-based SME newspaper.

According to Stropnicky, the convoy is likely to spend the night in Vyskov, south Moravia.

In the fall 2015, the US forces will also take part in a joint crossing exercise on the Danube River.

NATO has increased the number and scope of its military exercises in Europe since spring 2014, claiming they are motivated by Russia’s alleged aggression against Ukraine.