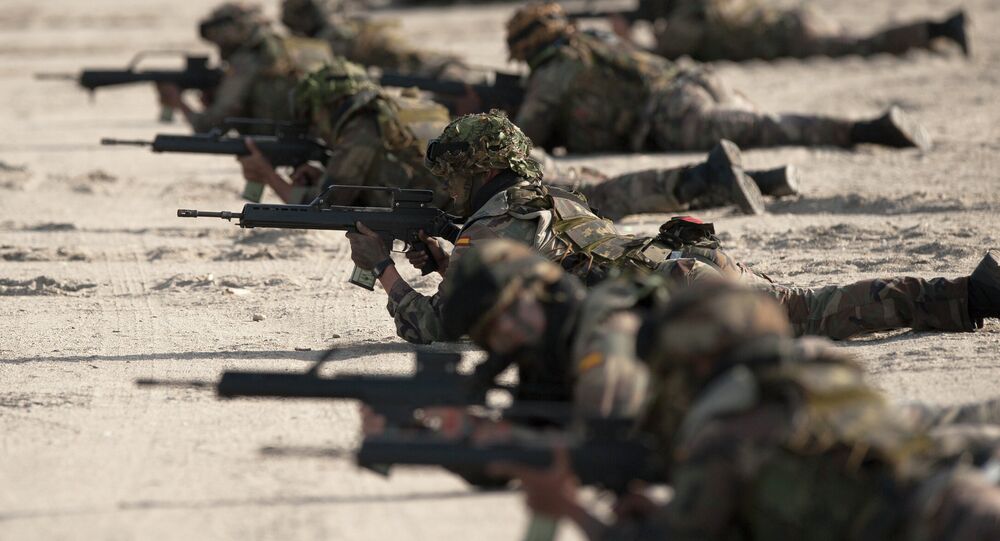 More than 30 countries are to participate in the Exercise Trident Juncture 2015 in Spanish Zaragoza.

© AFP 2021 / RADEK MICA
NATO's Central European Members: A Tale of Shady Arms Deals and Reckless Military Spending
WASHINGTON (Sputnik) — NATO is constructing a tent city in the Spanish city of Zaragoza to host more than 650 command and control staff in preparation for the largest joint exercise in more than a decade, the alliance announced in a press release on Tuesday.

Approximately 36,000 personnel from more than 30 NATO and partner nations will participate in Exercise Trident Juncture 2015.

The drills are scheduled to take place in September throughout southern and central Europe, and across the Atlantic Ocean and Mediterranean Sea.

"We are encountering challenges that we did not anticipate, but the lessons we learn will be valuable for NATO in the future," Morrison said.

The Trident Juncture exercise was announced more than a year ago by NATO’s Secretary General Anders Fogh Rasmussen. Russia and more than 12 major international organizations have been invited to observe the exercises.