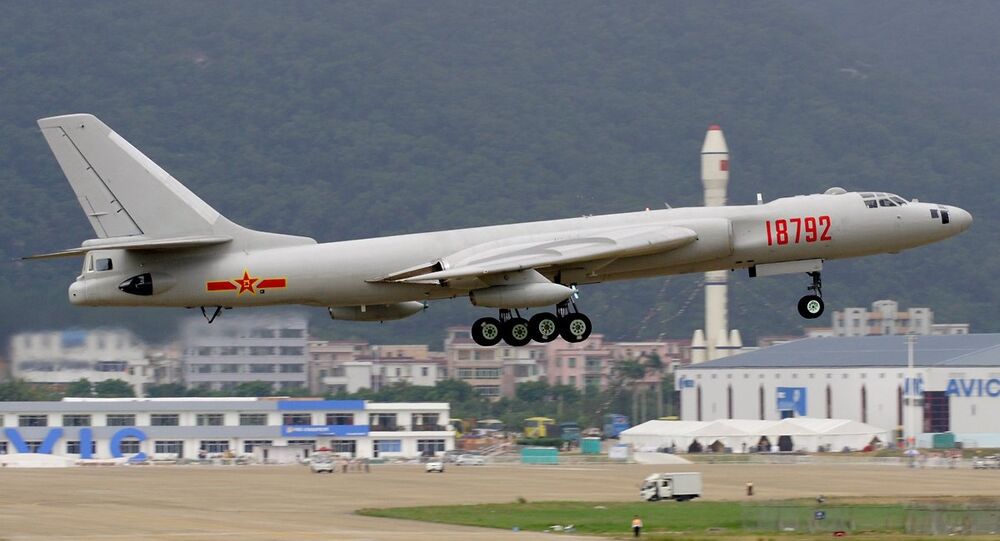 China is in the process of updating its fleet of long-range heavy bombers and its newest H-6K should make the United States nervous, military expert David Axe argues.

The H-6K boasting nuclear strike capabilities made its maiden flight in 2007 and entered service with the People's Liberation Army some two years later. At least two regiments of the Chinese Air Force are believed to be operating the H-6Ks at the moment.

"The H-6K is Beijing's B-52 – a far-flying, fuel-efficient heavy bomber combining a simple, time-tested airframe with modern electronics and powerful, precision weaponry. Although to be fair, the B-52 flies much farther with more bombs and missiles," he explained.

The bomber is the latest and heavily reworked version of Russia's Tupolev Tu-16 a twin-engine strategic bomber. Axe called the Tu-16 "a solid, reliable airplane, much like the United States' B-52, which first flew in 1954 and, with lots of upgrades, is still going strong."

The H-6K bomber has a combat radius of 3,500 km. Plus range of KD-20 LACM, it can cover U.S. military bases in Northeast Asia and Guam

© Wikipedia
Fifth Generation Super Weapons to Significantly Increase China’s Air Power
The strategic bomber could carry "12 tons of weapons, including up to six YJ-12 supersonic anti-ship missiles or CJ-20 subsonic land-attack cruise missiles, capable of striking targets 250 and 1,500 miles away, respectively," the defense analyst noted. The aircraft's combat radius is reported to be nearly 2,200 miles and could be significantly extended with mid-air refueling.

The plane is estimated to be capable of hitting targets in Japan, Malaysia, Philippines, Vietnam, Guam, Hawaii and Alaska without leaving the air defense zone, the Military Today website reported.

There is a certain area of concern with regard to the H-6K – the bomber's targeting capabilities are limited and its fuel consumption is high, according to Axe. But it is safe to assume that China will tackle this challenge.