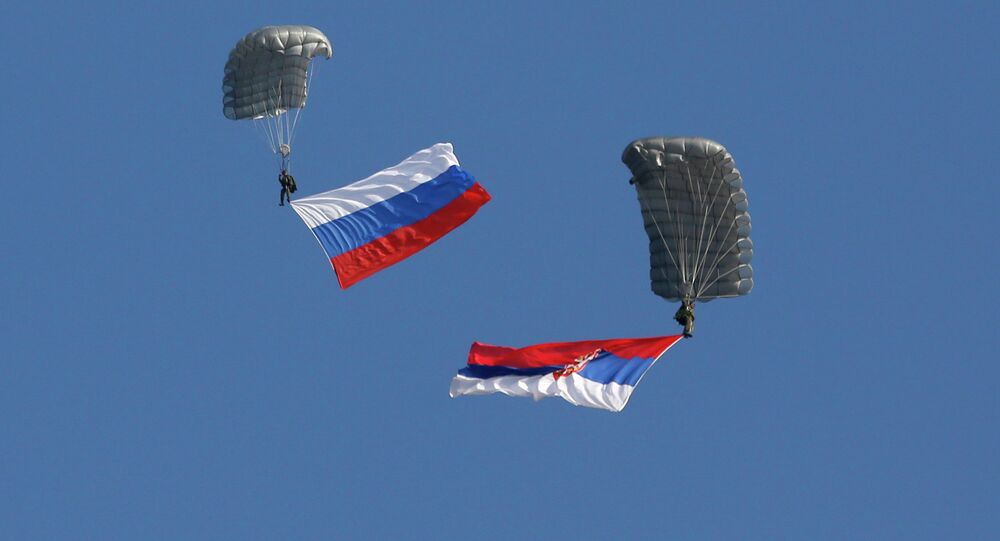 Serbian Defense Minister Bratislav Gasic says the cooperation between Russia and Serbia has increased significantly over the past few years.

© Sputnik / Alexey Kudenko
Serbia Eyes Contract to Purchase 2 Russian Helicopters This Week
Serbia is a participant country of the first international Army Games 2015 organized by the Russian Defense Ministry. The contest kicked off on August 1. The event has brought together more than 2,000 participants from 17 countries. The games are due to finish on Saturday.

"Over the past two years, [the cooperation] has increased a lot and significantly improved. All the planned activities we had agreed have been fulfilled completely," Gasic told reporters.

The so-called tank biathlon contest within the Army Games was "a very large, serious and well-organized competition," the minister said, adding that Serbia participated in the contest using the Russian-made T-72B3 tanks.

In July, the Serbian defense official said Belgrade was planning to purchase two military helicopters from Russia and Germany each.

Russia is also an important economic partner for Serbia. Energy, raw materials and machine-building products account for the preponderant part of imports from Russia to Serbia.