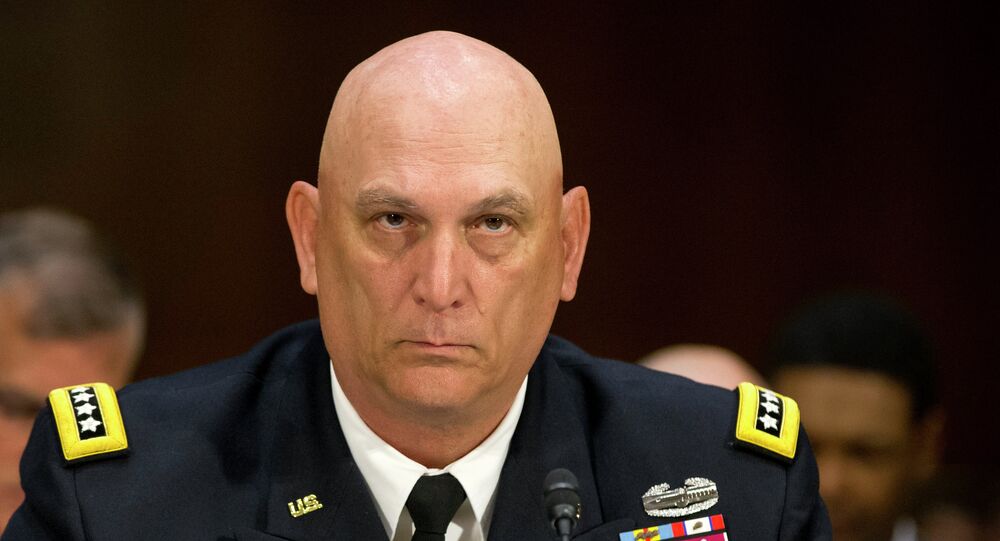 Outgoing Chief of Staff General Raymond Odierno said that US Army troops are in Eastern Europe to stay.

WASHINGTON (Sputnik) — US Army troops are in Eastern Europe to stay, outgoing Chief of Staff General Raymond Odierno said at his retirement ceremony handing over command to General Mike Milley, according to a Department of Defense News report.

"I think of our soldiers in Eastern Europe, reassuring our allies," Odierno said at the ceremony on Friday, according to the report. "By the way, a [US] soldier was the 'Man of the Year' in Lithuania last year. That's who our soldiers are. … They are… fighting the global war on terror around the world."

Odierno did not go into details, but the US Army’s elite Iron Horse mechanized cavalry regiment is now deployed in Estonia whose border is less than 160 kilometers [or less than 100 miles] from St. Petersburg, Russia’s second largest city.

© Flickr / gregwest98
Pentagon Still Against US Combat Troops in Iraq Despite Odierno’s Comments
The US armed forces are also training and equipping the Ukraine police and armed forces of Ukraine, including the notorious neo-Nazi Azov battalion.

In an interview published in the Wall Street Journal in July 2015, Odierno said he planned to designate the entire Colorado-based 4th Infantry Division as a so-called regionally aligned force for Europe.

Odierno then explained that the division’s brigades, helicopters and logistics specialists would regularly deploy to Europe and would more likely be used for a crisis. By "crisis" the general apparently meant "a rising threat from Russia in Ukraine."