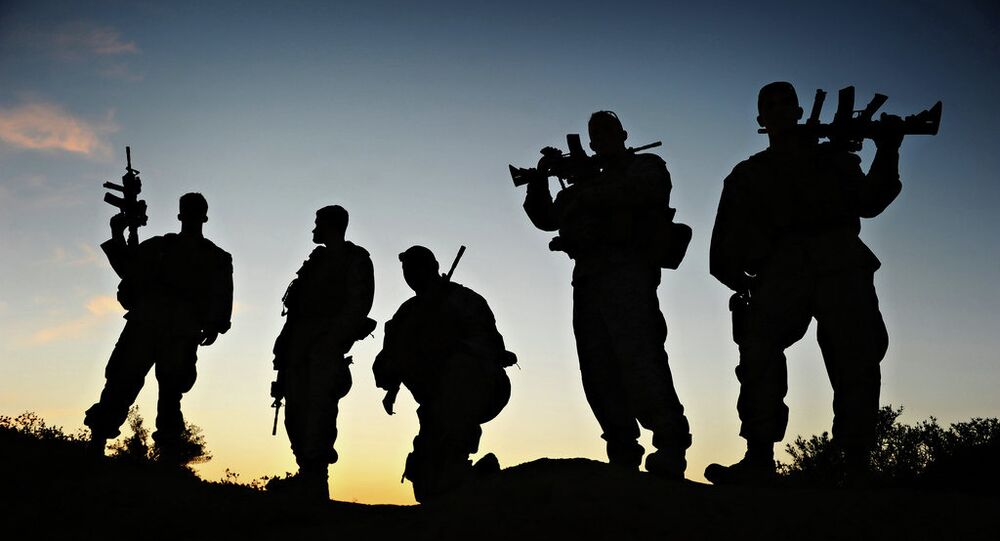 US-Coalition force’s deputy chief of staff for communication claims that the Afghan security forces still need broad support from the US and coalition armed forces in their battle against the Taliban and other Islamist groups.

WASHINGTON (Sputnik) — The Afghan security forces still need broad support from the US and coalition armed forces in their battle against the Taliban and other Islamist groups, Army Brigadier General Wilson Shoffner said, according to the Department of Defense News.

“[T]he Afghan armed forces still require broad support, and that's one of the reasons why the Resolute Support mission remains critical,” Shoffner, the US-Coalition force’s deputy chief of staff for communication, told a press conference in the Pentagon by telephone on Thursday.

Shoffner claimed the Afghan units had “definitely been tested this fighting season, but they're holding their own and they have demonstrated their courage and resilience.”

© AP Photo / Rahmat Gul
Some 115 Terrorist Killed in Afghanistan in Two Days
However, he acknowledged continuing major “capability gaps” in close air support, aviation, intelligence and logistics, and admitted that the Afghan army and other national units would continue to need US aid and support over the next several years.

Shoffner praised the Afghan military for having “conducted deliberate, planned operations that are well resourced and they've performed very well.”

“We've seen this starting in January in Helmand province… in Zabul province and Ghazni and we've seen that in the last two weeks in Nangarhar province,” he added.

However, the US senior officer admitted that the Afghan forces continued to suffer from major failings, especially in coordinating their operations.

“[W]henever they employ their forces hastily or do so in an uncoordinated manner — and by that I mean the army doesn't coordinate with the police… or with air or fire support — they're far less effective,” he acknowledged.

Afghanistan was suffering from a larger number of home-made bomb explosions and high-profile Taliban attacks in the capital, Kabul, the general claimed.

US Convicts Russian National Over Alleged Attack on US, Afghan Soldiers