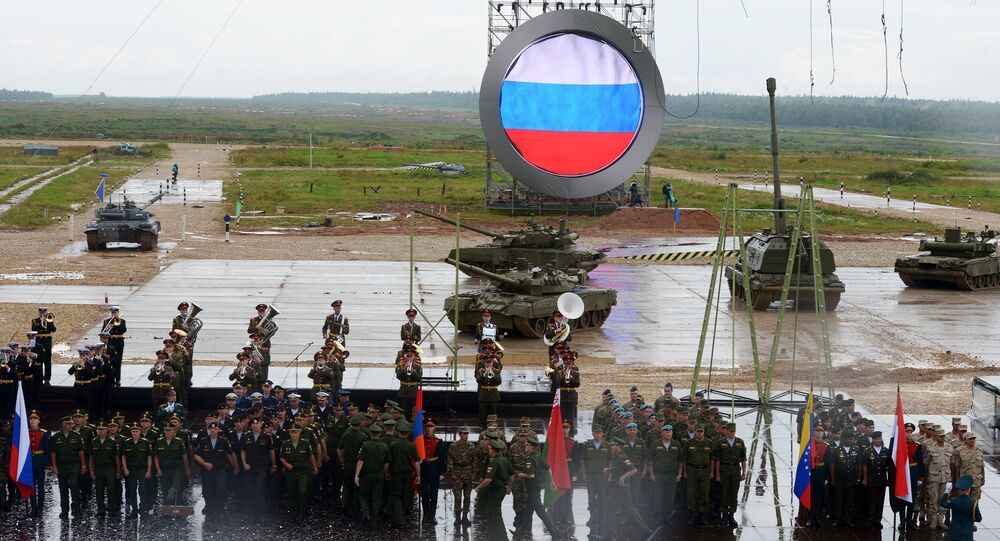 Russia has succeeded in promoting the country’s modernized armed services, and the establishing of International Army Games, which are also known as the “war Olympics,” is the latest example of good marketing, the Washington Post declared.

© Sputnik / Evgeny Biyatov
Russia Stretches Lead in ‘Safe Environment’ Contest at Int Army Games 2015
The opening of the first International Army Games in Russia has successfully improved the reputation of the nation’s military forces after the deterioration of political relations with the West, the Washington Post reported. Russian military experts devised most of the contests presented in the games and that’s why the Russian team leads in the competition, the reporter Eric Roth noted.

The Russian military forces have shown sizable achievements recently, such as preparing highly professional spetznaz units and the creation of the exclusive cutting-edge battle tank “Armata,” which has a remote control turret system.

According to the Washington Post, Russian authorities have also put a lot of effort into making the armed forces more popular among ordinary people across the country.

For instance, the national TV channel “Zvezda” (Star) is broadcasting patriotic programming and military service advertising. A big military-themed attraction park is set to open in Russia’s capital next year and there is already a majore store selling military-style clothes on Tverskaya Street in the heart of Moscow.

Russia’s deputy prime minister of the defense industry Dmitry Rogozin has followed the trend and chanted in the response to the Western sanctions, imposed on Russia: "Tanks don't need visas!"

Although the fall of the ruble and western-imposed sanctions may hamper the modernization of the defense industry, it definitely won’t impact Russia’s performance in the International Army Games, Roth concluded.

Lt. Gen. Ivan Buvaltsev, the head of training for Russia's armed forces, challenged NATO states, inviting them to participate in the next year’s games.