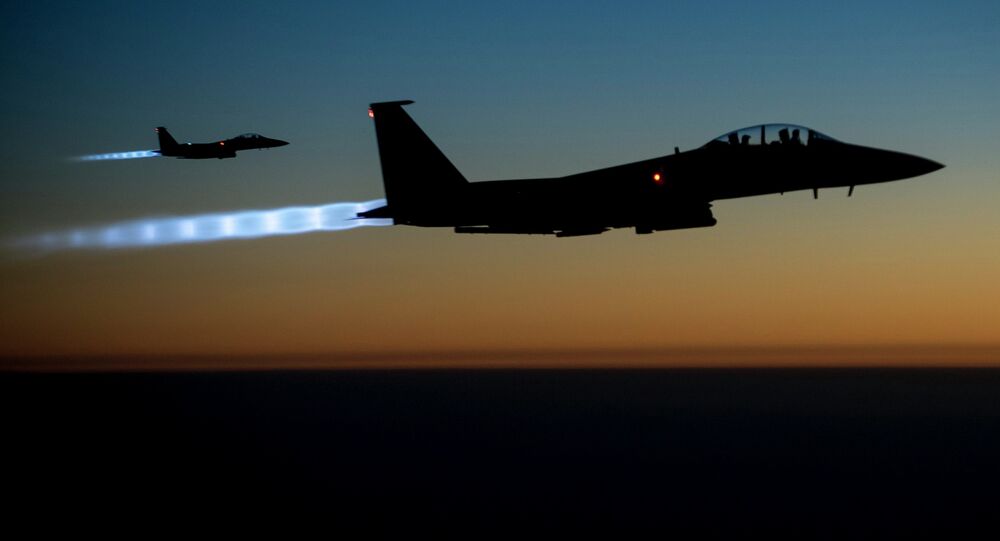 US-led coalition forces conducted 27 airstrikes against Islamic State terrorists in Syria and Iraq, the US Central Command (CENTCOM) said in a statement on Thursday.

WASINGTON (Sputnik) — The coalition has carried out more than 5600 airstrikes in its air campaign against the Islamic State.

© AP Photo
Austria, Germany Should Take ISIL 'Lone-Wolf' Attack Threat Seriously
"The coalition and our partners on the ground are continuing to tighten the noose around Daesh [ISIL] in Iraq and Syria," the coalition’s Chief of Staff Brig. Gen. Kevin Killea said in the statement.

“Every member of the coalition plays a vital role in degrading the terrorist organization, and we are all working to dismantle Daesh [ISIL[ while limiting their ability to harm civilians," the commander added.

The continuing airstrikes follows a damning report earlier this week by Airwars project, a group monitoring the anti-Islamic State coalition’s attacks, which found that more than 450 civilians have been killed in US-led airstrikes against ISIL in Syria and Iraq since the start of its campaign in 2014.

The US-led international coalition has been launching airstrikes against the group's positions in Iraq since August 2014, and expanded the attacks to include ISIL targets in Syria in September 2014.