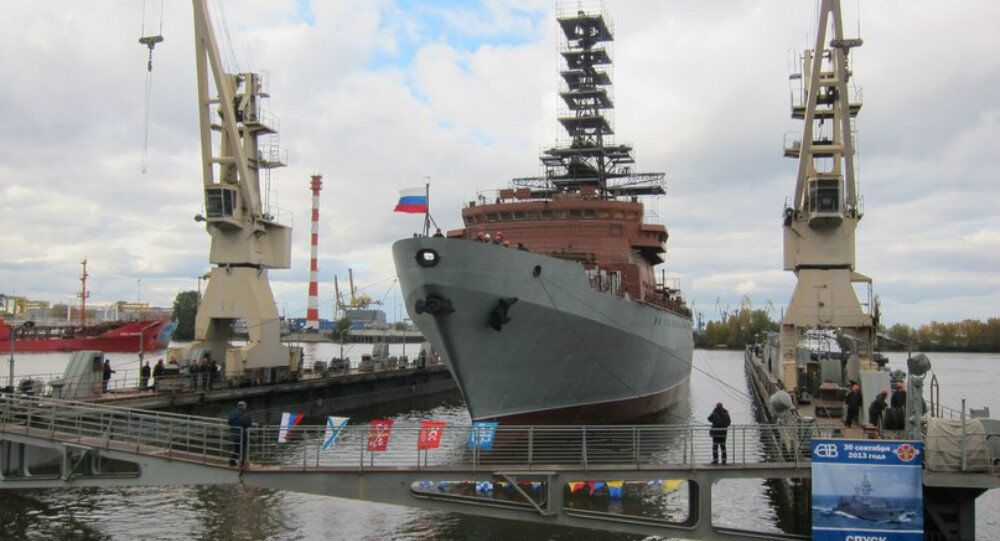 The next generation spy boat, according to the German media outlet, could "track and follow" US warships equipped with the Aegis combat system created to intercept short and intermediate-range ballistic missiles.

© Sputnik / Igor Zarembo
Russian Navy to Receive 17 Warships, 52 Support Vessels by Year's End
Bild referred to the new class of ships as a "major image project" for the Kremlin.

The vessel, which boasts a cruising range of 8,000 nautical miles, was delivered to the Russian Navy on July 26 as part of Russia's Navy Day celebrations. President Vladimir Putin was present at the ceremony, which took place in Kaliningrad.

The Yury Ivanov-class has been designed to provide communications and fleet management, conduct electronic warfare and gather radio and electronic intelligence. The second ship of this class, known as Ivan Khurs, has been under construction since 2013. It is expected to take part in sea trials in 2016.

Russia's Navy reported the Yury Ivanov, its first new intelligence ship in decades, will move north to the Northern Fleet in the Arctic.

The ship entered service on the same day as the Russian leader unveiled a new maritime doctrine issued in response to the United States’ and NATO's continued eastward expansion and escalating military buildup.

Russia's new naval code, reflecting the country's growing maritime power, outlines four functional and six regional areas, comprising the Atlantic and the Arctic (named as key regions), as well as the Pacific, the Caspian Sea, the Indian Ocean and Antarctica.