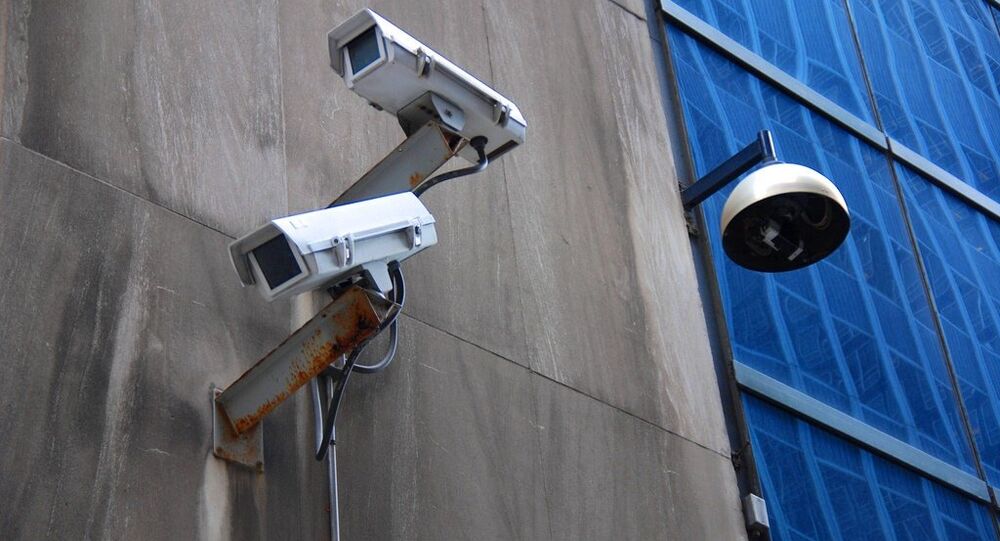 In an exclusive interview with Sputnik, the respected UK investigative reporter Duncan Campbell has said a western-led mass surveillance system developed in the 1960s is "bigger than ever, much more powerful and a critical component" of mass surveillance.

ECHELON had been developed in the 1960s to intercept communications via satellites and was a vital tool in the Cold War. Its existence was kept secret for many years and Campbell was one of the first to expose its capabilities.

Speaking exclusively to Sputnik, he said:

The importance of ECHELON had become obscured since the revelations by former US National Security Agency (NSA) contractor Edward Snowden of mass surveillance program PRISM and Tempora, run by both the NSA and the UK communications agency GCHQ.

Snowden revealed the extent of the tapping of international communications systems by the NSA and GCHQ and shared with the Five Eyes partners. Campbell told Sputnik that system was the major source of Signals intelligence today.

"The biggest component of mass surveillance is tapping the optical fiber cables under the ocean, followed by ECHELON project — which is now called Fornsat — (i.e foreign satellite spying) — followed by what they scoop up in the center of cities from hidden installations on the top of their embassies. In terms of western intelligence system, ECHELON is still there," Campbell said.

Mass Surveillance in the 1960s

"The ECHELON project was conceived of by the US National Security Agency, which does electronic eavesdropping around the world. Britain and its agency GCHQ has been its partner since the end of the Second World War and they agreed to take part in the first development of ECHELON."

In his original expose of the project — in the UK magazine The Statesman in 1988 — he revealed there were plans to expand ECHELON, in what was then known as Project P415. He wrote: "American, British and Allied intelligence agencies are soon to embark on a massive, billion-dollar expansion of their global electronic surveillance system. According to information given recently in secret to the US Congress, the surveillance system will enable the agencies to monitor and analyse civilian communications into the 21st century. Identified for the moment as Project P415, the system will be run by the US National Security Agency."

But he told Sputnik, there was little reaction to his disclosures and a second attempt to expose the mass surveillance in 2001 also failed to gain traction because of a tragic irony. "In 1988, I recall there was no onward publicity. I don't think anybody at all wrote about it." However, in 2001, the European Parliament launched an investigation into the ECHELON project.

"The European Parliament investigation produced some extensive reports in 2001 and those led to extensive recommendations which the parliament adopted and which might have seen a change in how these matters were approached. But the timing history were unfortunate in that the recommendations were approved on September 5, 2001. And we know what happened next," he said. [The terrorist attacks of 9/11].

He said the information exposed by Edward Snowden — now living for a second year under temporary asylum in Moscow — was his source for the truth about what ECHELON is still used for today. He worked with the two people central to exposing the Snowden story — journalist Glenn Greenwald and documentary film maker Laura Poitras.

"We checked the Snowden papers to see what evidence Edward had provided as to ECHELON. And there it was. It was the confirmation of what ECHELON was, what it did, the [intelligence tracking] stations, its targets being the western satellites called Intelsat."