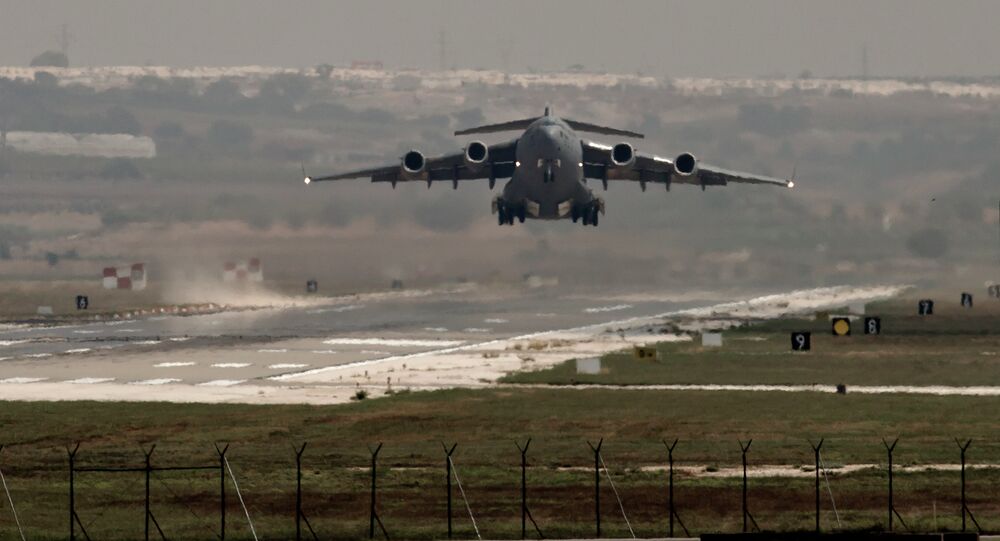 The United States has started flying armed drones from a Turkish airbase, but they have not conducted any airstrikes against the Islamic State yet, according to US media reports citing Pentagon on Monday.

WASHINGTON (Sputnik) — On Wednesday, Turkish Foreign Ministry spokesman Tanju Bilgic said Ankara and Washington have officially signed an agreement for the use of the Incirlik air base in southern Turkey for aerial campaigns against the ISIL.

"At this point, no strikes have been conducted, but they have begun flying armed," US Defense Department spokesman Jeff Davis was quoted as saying by the Hill.

On July 24, Turkey launched a military campaign against the ISIL in Syria, after the militants claimed responsibility for a suicide bombing in the border town of Suruc that killed 32 people.

A US-led coalition of some 60 nations has been conducting airstrikes against the ISIL since August 2014.

Turkey Says Verbal Agreement Only With US For Incirlik Base Use