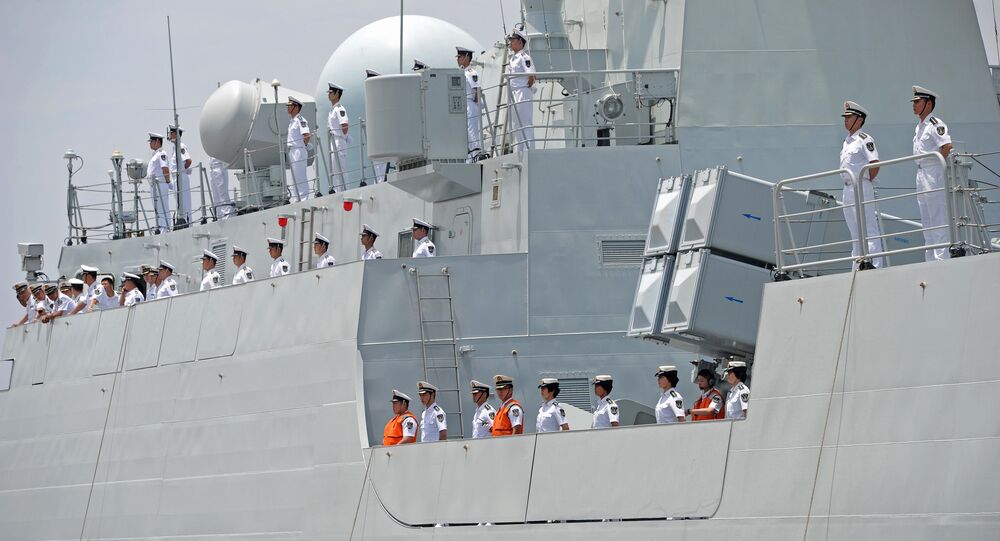 China’s determination to become what President Xi Jinping called a “great maritime power” and how the United States should respond has received a lot of media attention.

Recently, Rear Admiral Michael McDevitt, now a senior fellow at the Center for Naval Analyses (CNA), in a recent paper delivered at a two-day CNA conference on Chinese maritime power, suggested that by 2020 China’s navy will increasingly look like a smaller version of the US Navy and will be “the second most capable ‘far seas’ navy in the world,” reports The Diplomat.

In five years, the People’s Liberation Army Navy (PLAN) capabilities will surpass most other navies – China would have as many aircraft carriers as Britain and India, more nuclear attack submarines than either Britain or France, and as many AEGIS-like destroyers as all the other non-US navies combined.

© AP Photo / Xinhua, Li Tang
Confirmed: China Building New Aircraft Carrier... Possibly Nuclear Powered
While China would still be considerably behind the US Navy, its growing capabilities could already begin to have significant consequences for the United States and other countries in five years, McDevitt noted.

By 2020, seeing Chinese warships in the far reaches of the Indian Ocean and the Mediterranean would become a much more routine affair, and some US allies and partners may grow increasingly nervous.

But McDevitt pointed out during the conference that US submarines will continue to remain a distinct American asymmetric advantage. Even here, though, he warned that numbers still do count, “We need as many subs as we need to make sure that the Chinese worry about that a lot,” McDevitt said.

Storm Clouds Over China's Economy Will Not Keep Dragon From Growing

EU Should Orient Its Economy Towards China, Russia – German Economist