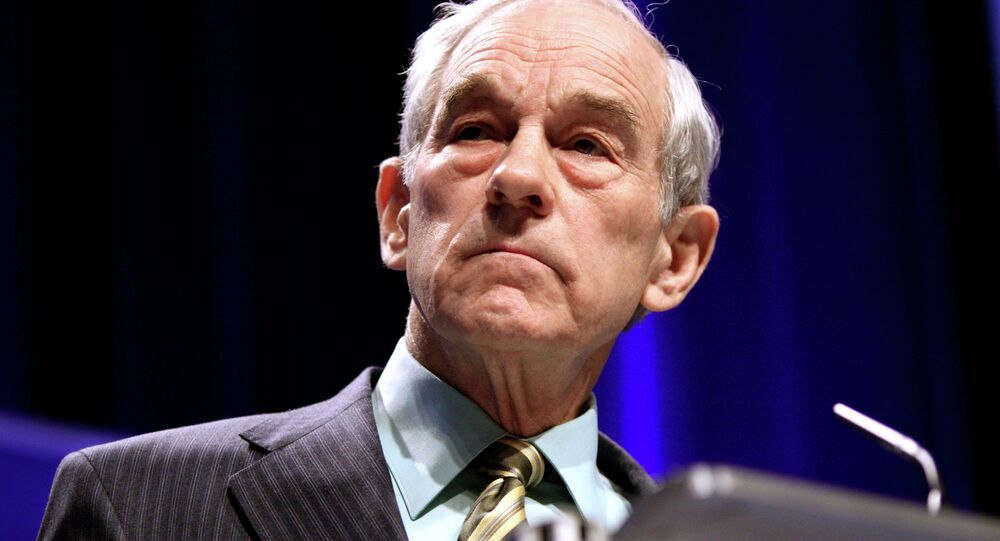 Speaking at the 2015 convention for the Young Americans for Liberty, former presidential candidate Ron Paul leveled an attack against the US military-industrial complex. America always needs an enemy, and right now, it’s trying to force Russia into that role.

"The people have to have the propaganda convert them into someone they hate, so they can hate," former Texas congressman Ron Paul said on Friday, during the 2015 YAL National Convention in Washington, DC.

"…so you had to have a Saddam Hussein, an Ayatollah, or somebody else, and right now it’s Russia."

Paul goes on to note that while the Cold War may have fueled the need for American military spending, its end has left Washington without a clear enemy to demonize. The US government is now spreading disinformation about subjects like the Ukraine crisis in order to paint Russia as a villain.

"All of a sudden the Cold War’s over, and there’s a full explanation of what’s going on in Ukraine, and it’s not all the Russians’ fault, I tell you," Paul said. "But we have to have an enemy to keep on churning this."

"Could you believe that maybe the military-industrial complex might have something to do with this?" he added. "Because they probably don’t deliberately say well this started a war, but this started some aggravation which ended up in a war much bigger."

Paul also took the opportunity to chastise the aggressive actions of the US government.

"It just doesn’t make any sense that we allow our government to do it."

This is a subject the former congressman is very familiar with, and he has written several pieces about American militarism.

"The new ‘threats’ that are being hyped bring big profits to military contractors and the network of think tanks they pay to produce pro-war propaganda," Paul wrote for the Ron Paul Institute in April.

Since 2013, for instance, the Pentagon has awarded over $850 million worth of contracts to defense contracting companies. Raytheon alone received $700 million of that portion, all to install new equipment in a Cold War-era nuclear bunker.

© Flickr / The US Army
Peace Scarier Than War: US Trapped in Vicious Cycle of Militarism

"Raytheon is a major financial sponsor of think tanks like the Institute for the Study of War, which continuously churns out pro-war propaganda," Paul wrote. "I am sure these big contracts are a good return on that investment."

While Moscow may be Washington’s current scapegoat, a cursory look at global politics should show just how senseless US fearmongering really is.

"Never mind that Russia has neither invaded nor threatened any country in the region…" Paul writes. "Is it any surprise that NATO bureaucrats and generals continuously try to terrify us with tales of the new Russian threat? They need to justify their expansion plans!"

Ron Paul: Do We Need to Bring Back Internment Camps for Disloyal Americans?