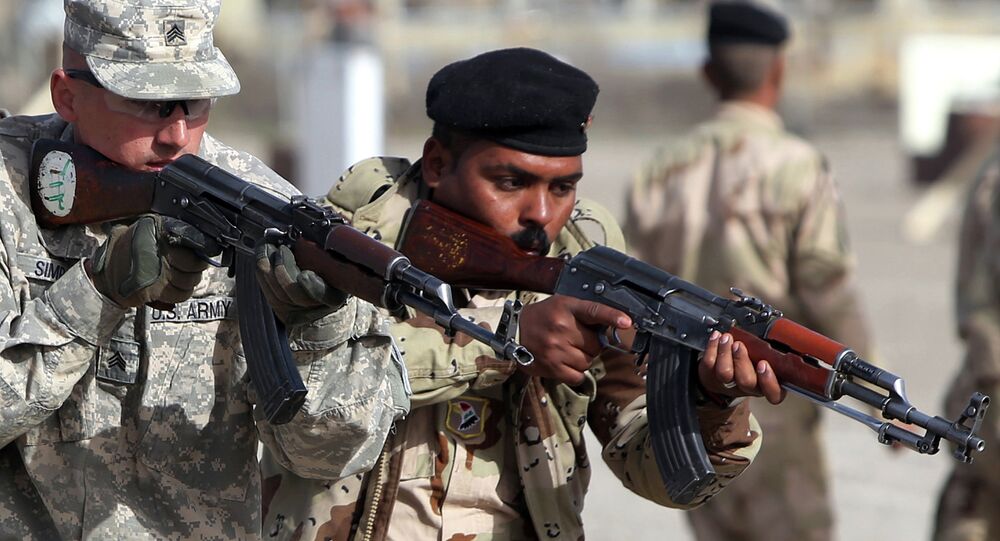 NATO and Iraqi experts will elaborate training programs to be held in Turkey and Jordan.

According to the document, "NATO and Iraqi experts will now work on the details of the training programs, which will be held in Turkey and Jordan."

© AFP 2021 / AHMAD AL-RUBAYE
Iraq to Build National Guard-Style Force to Fight ISIL – US State Dep't
The support package has been developed upon Iraq’s request and in "close consultation with the Iraqi authorities," and aims to complement the efforts of an international coalition to counter the Islamic State activities, according to the statement.

ISIL is a radical Sunni group that has captured large areas in Iraq and Syria, establishing a caliphate on the territories under their control.

The US-led 62-nation coalition began its airstrikes campaign against ISIL terrorists in Iraq in August 2014, and expanded the air campaign to Syria in September 2014.