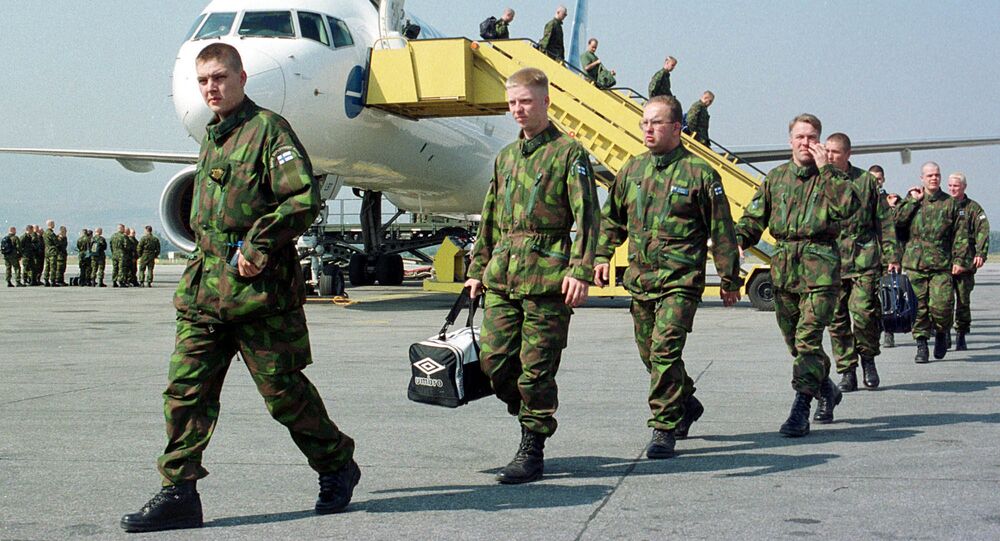 Finland’s Minister of Defense Jussi Niinisto is a busy man, constantly pre-occupied with the idea of defending the Baltic states and Scandinavia from a “Russian invasion.” War in the Baltic Sea is so ingrained in his head that Niinisto is ready to militarize the Aland Islands to properly defend against “invading Russian troops,” Yle reported.

Finland should re-consider its defense policy and prepare for a potential "Russian invasion," Niinisto said.

"Finland should be prepared for any situation and be able to defend all of its territory. We must think how we would provide official assistance to the Alands," Niinisto said, as cited by Yle.

Niinisto believes that if a military conflict takes place in the Baltic Sea, Russia will try to occupy the Aland Islands and Gotland.

"The Ministry of Defense began to think how we could defend the Aland Islands in the event that Russian ‘little green men' suddenly appear," Niinisto added, referring to masked soldiers in unmarked green army uniforms allegedly sent by the Russian army.

© Photo : Finnish Defense Forces
Finland Prepares New Military Buildup at Russian Border
Apparently, the reason for such a fear is due to the 2014 re-unification of Crimea with Russia. After the last year of events, the Finns are "paying closer attention to Russia's actions and those of its citizens," Foreign Affairs reported.

As of late, Scandinavian countries have been on high alert, fearing for no reason an alleged Russian threat in the area. Now the level of paranoia in Finland has reached a new high — the country's Defense Ministry is ready to militarize the Aland Islands that should have a special demilitarized and neutral status, according to the 1921 Geneva Convention.