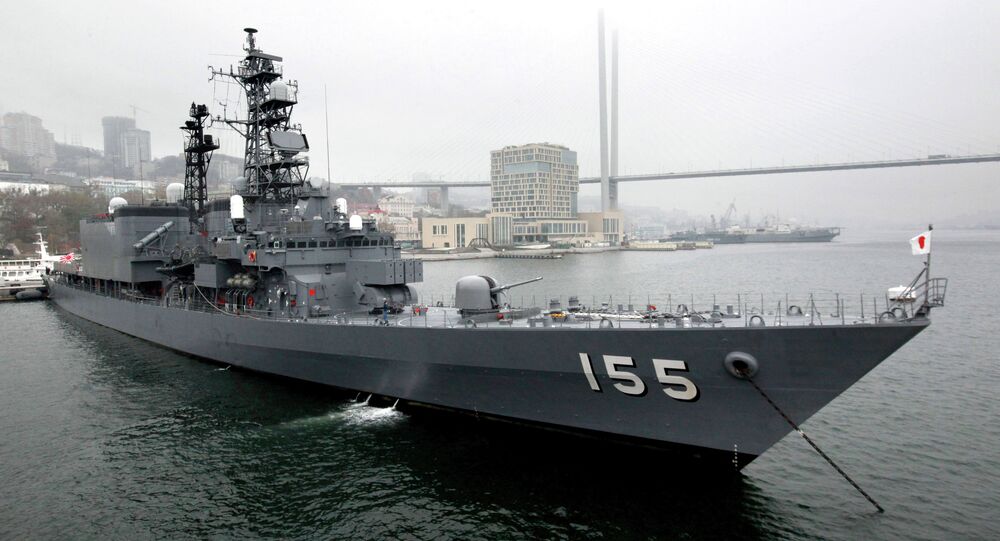 The Japanese Defense Ministry has allocated money in the defense budget for two new 27DD project destroyers. The warships will be equipped with a modified AEGIS complex weapon system.

The ships are planned to be equipped with not only an electromagnetic artillery installation (‘Railgun’), but also with a laser weapon complex designed to protect the ship.

© REUTERS / John Williams/U.S. Navy
US Navy Plans to Equip Next-Generation Aircraft Carriers With Laser Weapons
The laser weapons are currently being developed by the Technical Research and Design Institute of the Japanese Defense Ministry.

Such complexes are being created for both sea and land use. They are designed to engage cruise, anti-ship missiles and other high-precision weapons.

Development of the electromagnetic guns for naval destroyers is also being carried out in Japan — funds for this work were incorporated in the defense budget this year.
The 27DD destroyers are equipped with a combined gas turbine-electric power plant.

Electromagnetic weapons are no longer a fantasy. They have been developed and tested in Russia and the United States as well.

The United States conducted tests of laser weapons earlier in the Persian Gulf. According to Pentagon the tests were successful.

Russian specialists are developing military lasers particularly for aviation. Moreover, the development of such weapons in Russian is being carried out without any of the components or sub-assemblies built by foreign machinery.

The Sino-Pakistani Partnership, Space Lasers, the US’ Balkan Breakup Plans