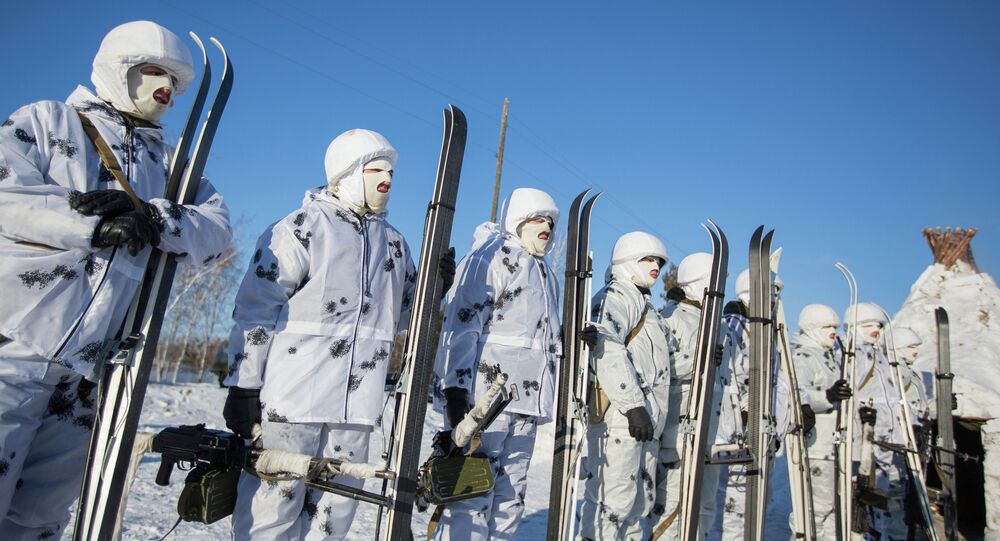 The amphibious assault forces and motorized infantry divisions of the Arctic brigade will interact with airborne troops and special forces.

"The most interesting and intense combat training this year will be the joint force exercise on defense of strategically important objects of economic activity. Such an exercise will be held for the first time," Korolev told reporters.

He added that amphibious assault forces and motorized infantry divisions of the Arctic brigade will take part in the drills. The units will interact with airborne troops and with special forces.

Korolev added that alongside the drills to be held in the area of the Russian northern city of Norilsk, another amphibious landing exercise using large landing ships on an unimproved shore will be held on the New Siberian Islands in the extreme north of Russia in the coming months.

© Sputnik / Igor Ageyenko
Russian Defense Minister Considers Arctic One of Key Priorities for Army
Russia is currently the world’s most advanced nation in developing Arctic military infrastructure, according to a US Defense Department assessment made earlier this month.

The country's revised military doctrine, signed by President Vladimir Putin in December 2014, for the first time named the protection of national interests in the Arctic among the main priorities for its armed forces during peacetime.

The Arctic is believed to have vast untapped reserves of oil and gas. The five Arctic Circle countries, comprising the United States, Russia, Canada, Norway, and Denmark, are particularly interested in exploring these reserves.