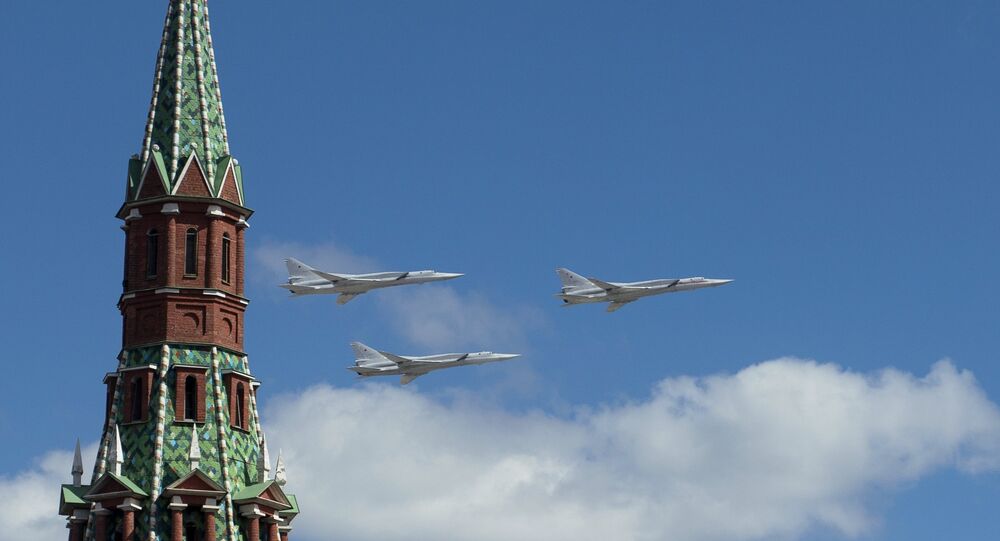 Russia's Supersonic Response to US Missiles in Europe

Russia's Ministry of Defense apparently plans to deploy Tupolev Tu-22M3 supersonic long-range strategic bombers to Crimea to boost Russia's defense capabilities in the region in response to the US' military buildup in Eastern Europe, particularly the installment of the Aegis missile defense system in Romania.

The Russian defense agency is expected to receive six modernized long-range Tu-22M3 Backfire bomber-missile carriers by the end of 2015 but the exact date of the delivery to the Black Sea peninsula has not been made public.

The Tu-22M3 boasts a maximum range of 4,200 miles and has a combat radius of 1,500 miles with a typical weapons load. It is armed with a 23-mm GSh-23 cannon in a remotely controlled tail turret, the Raduga Kh-22 long-range anti-ship missiles and Raduga Kh-15 air-to-surface missiles.

The Russian Army operates more than 100 Tu-22Ms. Their upgrade is part of a major $400 billion initiative to modernize Russia's forces, scheduled to be completed by 2020.

If confirmed, the deployment to Crimea will come against the backdrop of the US expanding its Operation Atlantic Resolve, launched to protect Eastern European nations and the Baltic states from a non-existent Russian threat following the outbreak of the civil war in Ukraine.

© Sputnik / Alexey Filippov
Russia's Next-Gen Strategic Bomber to Make Maiden Flight in 2023-2024
Although the United States sponsored the February 2014 coup in Ukraine, Washington blames Russia for meddling in the affairs of its neighbor. Moscow has consistently denied any wrongdoing and pushed for peace in the war-torn nation through the full implementation of the Minsk accords.

Under the banner of Operation Atlantic Resolve, the United States plans to deploy heavy military hardware to European countries close to Russia's borders and enhance war-games, involving NATO allies and other countries.

The land based component of Washington's European missile defense system in Romania is scheduled to become operational in late 2015. The system is formally known as the Aegis Ballistic Missile Defense System.