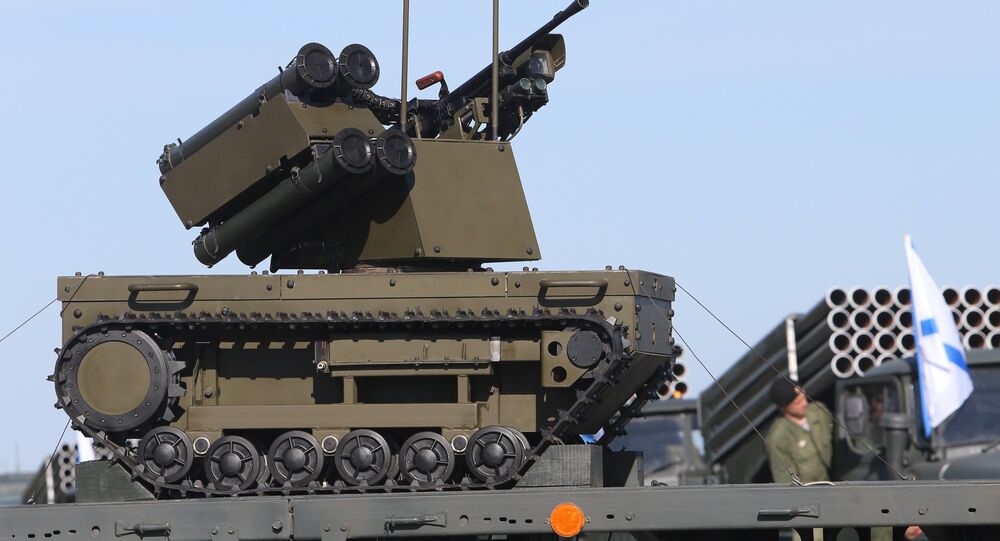 The system has already passed trial tests, with first mass produced modules entering service now. For the first time the robots took part in military drills of the Black Sea Fleet in June 2014 near Kaliningrad.

Russia is also developing a more powerful robotic platform, which will be able to operate as far as 10 miles from its control center, the Diplomat reported. It is expected to be fitted with large-caliber machine-guns and grenade launchers.