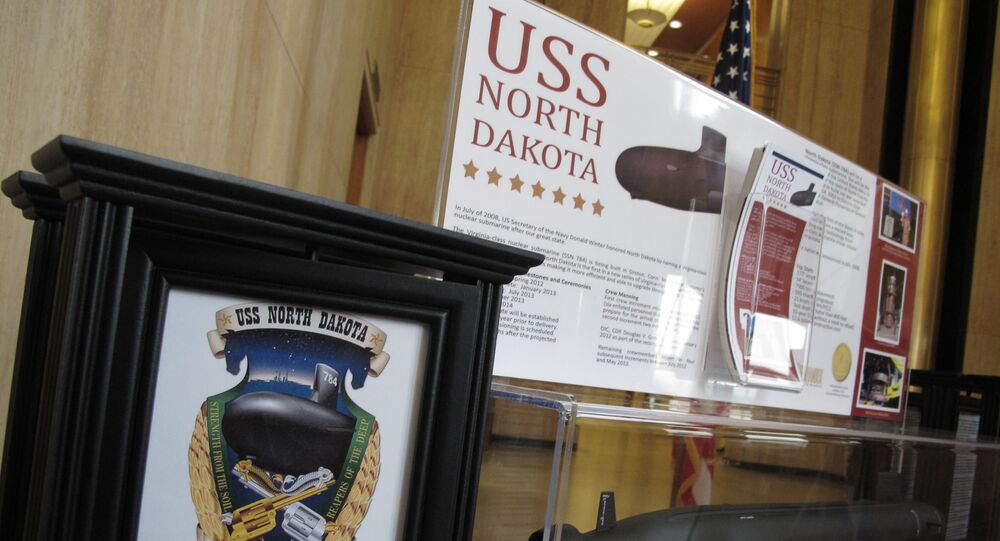 The USS North Dakota has successfully deployed an unmanned underwater vehicle within the exercises in the Mediterranean Sea.

© AP Photo /
US Deploys in Mediterranean as NATO Brings in 25,000 Troops
WASHINGTON (Sputnik) — A US Navy submarine successfully deployed an unmanned underwater vehicle as part of exercises in the Mediterranean Sea, the US Navy said on Tuesday.

“The USS [United States Ship] North Dakota deployed and retrieved the REMUS 600 vehicle from its dry deck shelter during a six-week mission,” the US Navy said.

The REMUS 600 is a torpedo shaped unwater vehicle used for surveying, counter mine operations, harbor security, search missions and scientific sampling. The vehicle can dive up to 600 feet and sustain 24 hours of operations. It is capable of pre-programmed independent operations from a submarine or host.

The REMUS 600 is produced by the Norwegian company Kongsberg and its development has been funded by the US Office of Naval Research.

The USS Dakota is the fourth US submarine to deploy and retrieve an unmanned underwater vehicle.