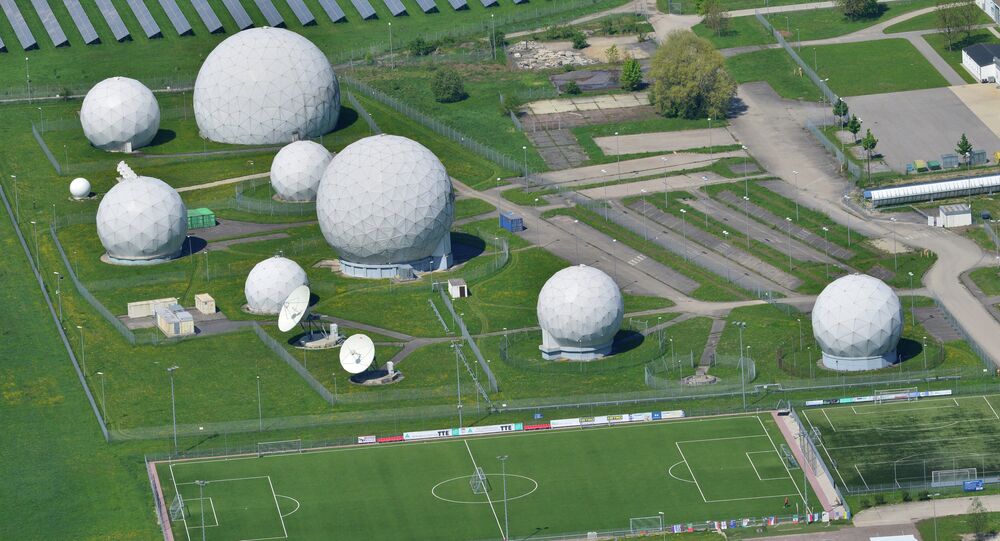 If the new WikiLeaks information about US spying on German officials is confirmed, Berlin will consider it "an espionage unacceptable for partners".

© Wikipedia / Wmeinhart
Spiegel Magazine Adds Itself to List of US Intelligence Spy Targets
MOSCOW (Sputnik) — The German Foreign Ministry will ask the United States to clarify new data on US National Security Agency (NSA) surveillance in Germany revealed by WikiLeaks, a source in the ministry said Tuesday.

On Monday, WikiLeaks revealed that the NSA has been spying for years on current German Foreign Minister Frank-Walter Steinmeier, as well as on Joschka Fischer, his predecessor in the cabinet of Gerhard Schroder. The new revelations indicate that the NSA spying on the German Foreign Ministry extends back to well before the September 11, 2001, terrorist attacks against the United States.

"If these allegations are true, it would be considered an espionage unacceptable for partners. Of course, we will ask the US government for clarification regarding these serious allegations," the source told RIA Novosti.

© AFP 2021 / ANDREAS SOLARO
Berlusconi: Germany Controls EU, While Being Under US Rule
The source noted that the German Foreign Ministry cannot currently confirm the documents' assertions until they are verified.

In April, an espionage scandal erupted in Germany when local media revealed that the country's intelligence agency BND had provided technical assistance to the NSA in spying on targets inside the country and throughout the European Union, including top political figures and corporations.

The wide-reaching nature of the NSA surveillance program was first brought into the international spotlight in 2013 by a former contractor of the agency, Edward Snowden, who made available documents detailing long-term US intelligence service data collection on European and many other global targets.

German Gov't Declines to Comment on Latest US Spying Revelations