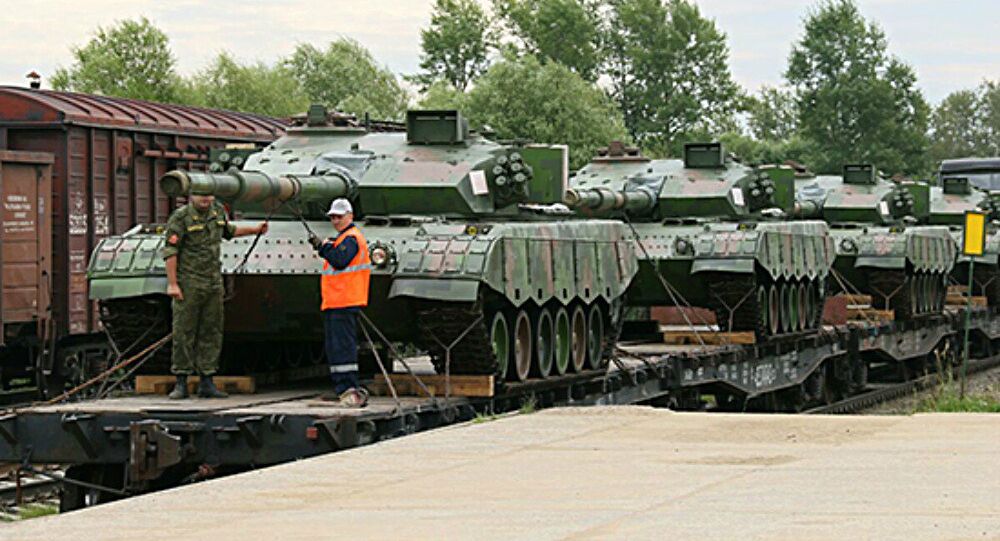 The Chinese military prepares to take part in the International Army Games along with 14 other nations.

© Sputnik / Vladimir Chuchadeev
A Little Friendly Competition: Russia to Introduce 'Military Formula 1'
The Russian Ministry of Defense reported on the successful deployment of Chinese military personnel, along with tanks, artillery and other materiel in various regions of Russia. They are preparing to take part in the International Army Games along with 14 other nations.

© Sputnik / Evgeny Biyatov
Russia to Host 2015 Army Games in August – Defense Ministry
According to Sunday’s Russian Ministry of Defense report, the People’s Liberation Army of China has taken along four Type-96 tanks with them this year to compete in the Tank Biathlon and four IFVs for another competition during the course of the Games.