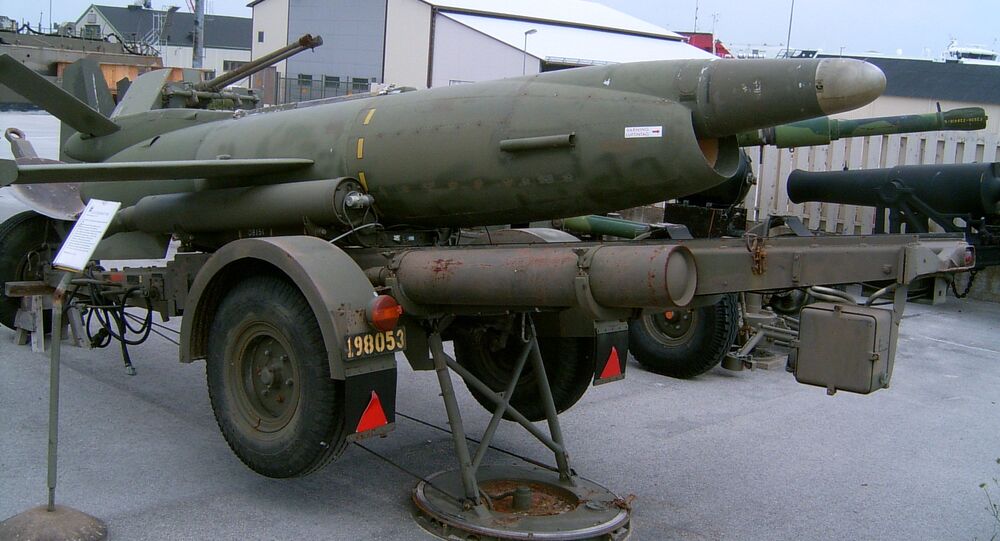 The island of Gotland could be used as a key place to shoot from at invading Russian troops, if Russia were ever to decide to take over the Baltics, Governor of Gotland Cecilia Schelin-Seidegard said, according to Regnum.

According to the Governor, for the longest time Gotland was the weakest link in Swedish defense, but now it will change as the Swedish government has decided to strengthen the island's defense capabilities.

Schelin-Seidegard seriously believes that Russia's looking to invade the Baltics and then threaten Sweden. She's eager to fight the Russians and believes her island could play a strategically important role.

"From Gotland we could, for example, fire missiles [at Russians] and cover our ships sailing towards St. Petersburg," Schelin-Seidegard said.

© AP Photo
US Uses 'Russian Threat' to Sell NATO Membership to Sweden - Swedish Expert
Schelin-Seidegard clearly got up on the wrong side of her bed. Russia has never had an interest in "invading Baltic nations or Scandinavia," as everyone out there seems to believe. Peter Mattsson, a researcher at the Swedish National Defense College, said the United States deliberately spreads rumors about Russian aggression trying to convince Sweden and other Baltic nations that they are vulnerable without US troops in the region.

US military analysts cite Russian military drills and maneuvers to scare Europeans that the moves are designed to rehearse the impending "invasion" of the Scandinavian Islands and other territories in the Baltic region.

The fact of the matter is that Russia is doing what every nation on Earth is doing — training its own troops in its own territory. One could make similar unfounded speculations every time the United States conducts military drills. Is the recent Jade Helm 15 military drill a rehearsal to take over Mexico then?

Sweden Claims Russian Bombers Too Close to Its Borders