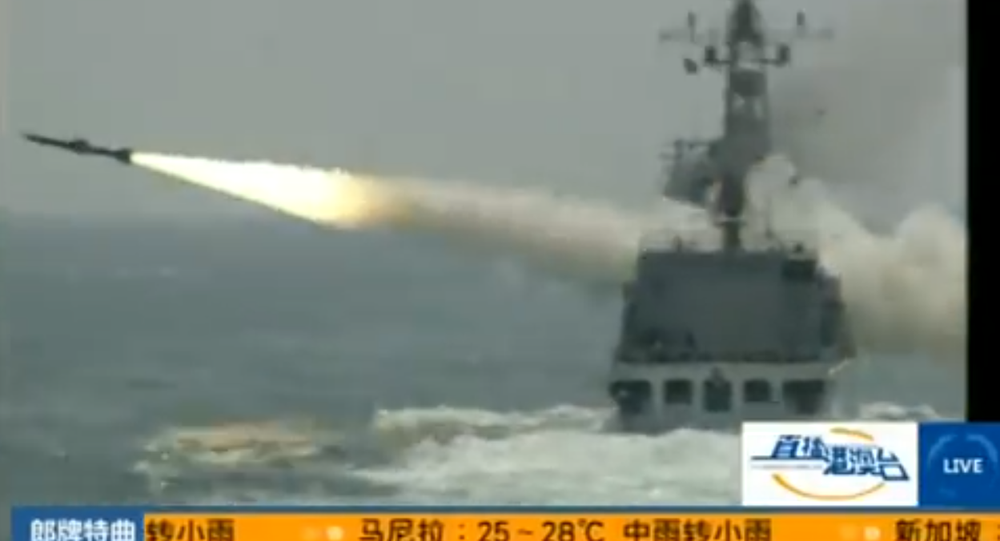 The new missile system is a mobile launcher with anti-ship missiles such as the YingJi-18 positioned on the complex’s multipurpose 8x8 chassis.

Three transport-launch containers with anti-ship missiles are located on the launcher. The new missile complex is intended to destroy surface ships of various classes and types: from landing convoys, ship and aircraft carriers, battle groups and single ships.

It can also serve land-based radio-purposes under intense fire and electronic countermeasures.

© Wikipedia
Military Marvel: China Ready to Test Asia’s Largest Warship
After vertical launch the missile’s turbojet engine can reach a cruising speed of Mach 0.8 for about 180 km, after which the re-entry vehicle detaches and can reach speeds of about Mach 2.5-3, flying up to 40 km.

The new Chinese missile in its appearance and purpose is similar to Russia’s ‘3M-54E’ missile, which may have served as a template for the Chinese missile’s development.