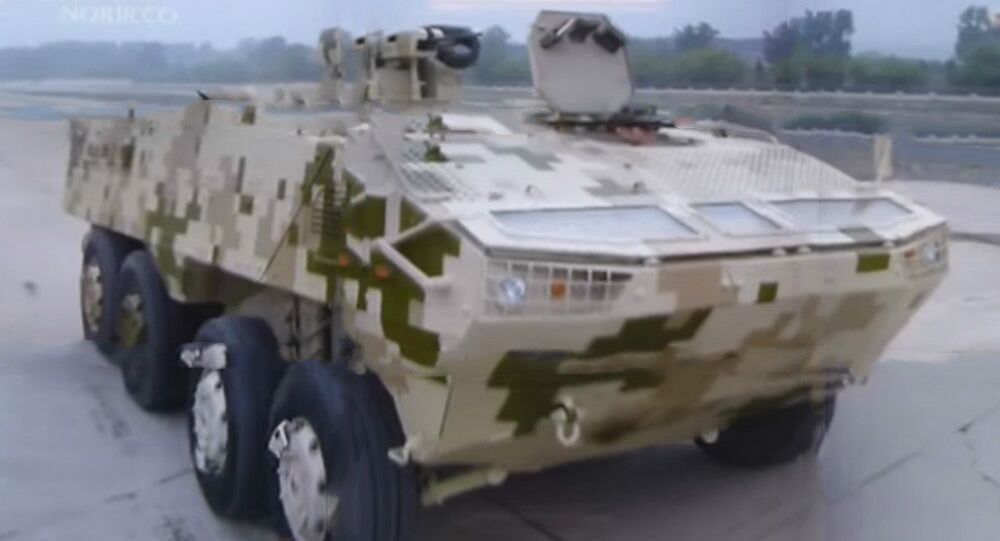 A copy of the state-of-the-art Russian armored personnel carrier Bumerang (Boomerang) will soon enter service in the Chinese armed forces, according to media.

China North Industries Corporation (NORINCO) has already presented the prototype of the VP-10 at one of the country's military exhibitions. Its design is similar to the Bumerang armored vehicle.

For example, the NORINCO VP-10's engine is installed at the front of the hull, and the troops can leave the vehicle via rear doors, or roof hatches.

© AP Photo / Alexander Zemlianichenko, pool)
Bumerang armored personnel carrier drives during the Victory Parade marking the 70th anniversary of the defeat of the Nazis in World War II, in Red Square in Moscow, Russia, Saturday, May 9, 2015

The new Chinese armored vehicle is expected to be equipped with different types of combat modules. A lighter version of the machine will be capable of carrying between ten and twelve fully kitted soldiers. A version of the vehicle with heavy weapons on board can only carry eight soldiers.

© Photo : tankopedia.org
Meet the Terminator 2: Russia's BMPT-2 Combat Vehicle Dazzles at Army-2015
Like the Bumerang, the amphibious NORINCO VP-10 will have an 8x8 configuration and can be transported by aircraft.

In addition to being put on service in the Chinese army, the new armored vehicle is due to be supplied to African and Latin American countries.

According to the military-informant.com website, the NORINCO VP-10 is currently undergoing a series of tests before being delivered to an unnamed customer.