Tunisia has started constructing a concrete wall along its border with Libya to prevent the Islamic State militants from entering Tunisian territory, the country’s Prime Minister Habib Essid said Tuesday.

CAIRO (Sputnik) — The announcement comes less than two weeks after the deadliest terrorist attack in the history of Tunisia occurred in the resort city of Sousse.

“We have started constructing the wall and digging a ditch along the entire border with Libya. The length of the wall will be 168 kilometers [105 miles], the construction works will be over by the end of 2015,” Essid said in an interview with state broadcaster.

On June 26, a gunman, later identified as Seifeddine Rezgui, walked down a beach by the Spanish-owned five-star Riu Imperial Marhaba hotel and killed 40 tourists with an automatic rifle. A further 40 tourists were injured. 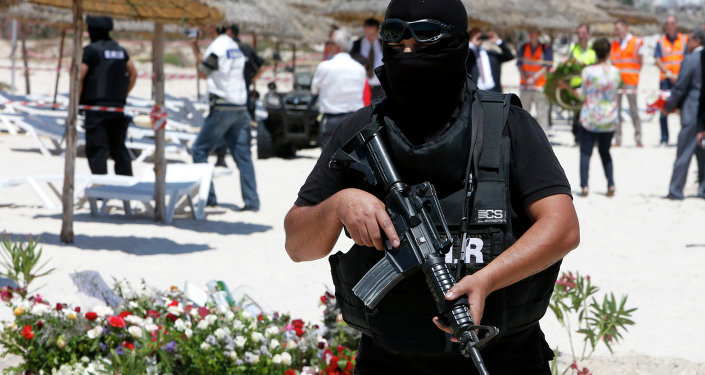 Islamic State Sunni jihadist group is in control of vast territories in Iraq and Syria. A number of ISIL cells also operate in Libya, Saudi Arabia, Yemen and other locations across the Middle East and North Africa.