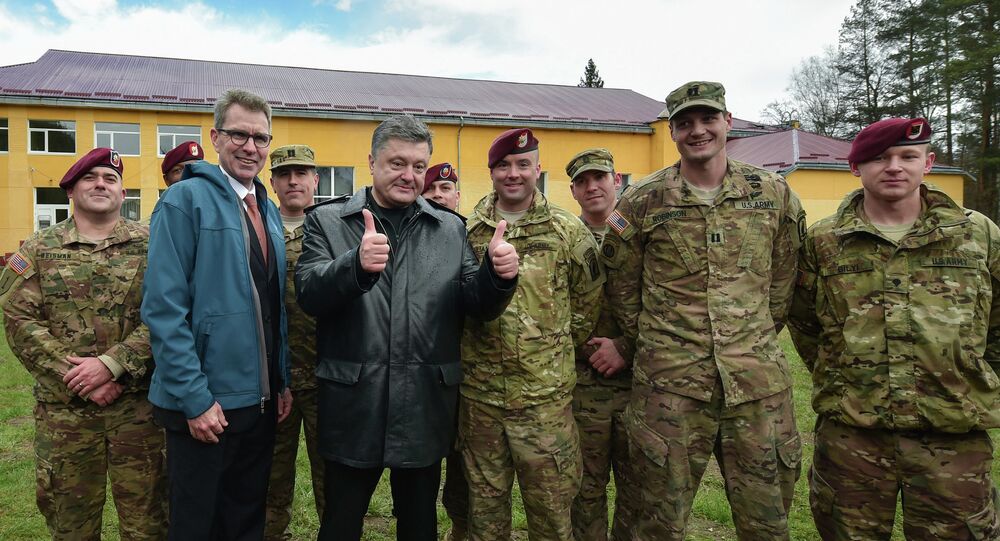 The Ukrainian military is primarily requesting additional training from the United States, US Secretary of Defense Ashton Carter told the Senate Armed Services Committee on Tuesday.

“I did talk to the [Ukrainian] Defense Minister [Stepan Poltorak] there about what he needed, and his principal focus was on training,” Carter said of his recent meetings with Poltorak.

During the meeting between the two countries’ military leadership, Ukrainian officials emphasized the importance of US training, Carter stated. He added that Poltorak made a request for additional US training for security forces.

“I think we will continue to do that [training] and to support the Ukrainian military,” Carter said.

Washington has been providing Ukraine with non-lethal military assistance over recent months, including helping Ukraine build its National Guard and other forces.

In April 2015, the United States sent 300 troops to western Ukraine to train the country’s National Guard. Additional training is being provided by the UK and Canadian military.